Are ‘Black Anglo-Saxons’ in the way? 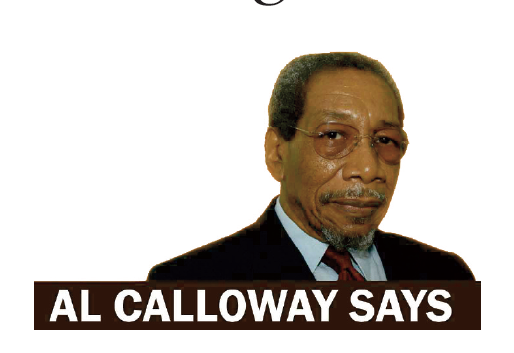 My initial answer to the question is yes, because Black Anglo-Saxons are worse than white nationalists for they are the enemy within. This injurious development metastasized on America’s plantations along with taking black women and thus producing mulatto slaves. Black and shades of brown house slaves, trained, finely dressed and fed, differed markedly from ill-clothed, housed and slop-fed black field slaves.

House slaves could always carefully sneak a little something to a favorite field slave and thereby be privy to very important information that further enhanced their value to the plantocracy. Several slave rebellions were put down in this way. Today, Black Anglo-Saxons are the valuable assets white America has in placating and containing the nation’s black masses.

Since the 1960s I’ve kept in mind Nathan Hare’s book, The Black Anglo-Saxons and reread it last week as the subject plagued my mind. Hare is a baaad brother with a Ph. D. in sociology and a Ph. D. in psychology (please check him out on-line).

In his introduction of the 1991-second printing of The Black Anglo-Saxons, Nathan Hare wrote:

To focus on mere racism and not white nationalism is, to my mind, pure folly simply because “racism” is arguably deniable by merely stating “I’m not a racist.” Now try to prove that a person or whatever is “racist.” White nationalists are Democrats, Socialists, Republicans and Conservatives, all of which can be historically and scientifically proven.

Racism is simply a notion, not a fact. Highly placed white nationalists choose what Hare calls “The Dignitaries: Eunuch Leaders.” Hare writes, “While news coverage of truly militant [black] leaders is passed over in the press, Gabriel’s horn is blown in behalf of the more passive black Gandhis.” Once a Black Anglo-Saxon is approved as a leader by white power, he or she is free to “reign as he chooses,” says Hare. These people actually have no real power.

Hare tells us that the “Image Makers” among Black Anglo-Saxons “are obsessed by their belief that all [blacks] have to do to break down discrimination is impress the white community with proper public manners and the sincerity of the Negro’s quest for integration.” Later Hare writes, “Image-makers naively believe that the removal of stereotypes will automatically elevate [blacks] to the top of the economic and political pile.”

So many black white collar workers and schoolteachers are what the author calls “Mimics” because they “imitate white mannerisms in the quest for a feeling of similarity or closeness to their white ideal; as whites do, they do.” Later Hare writes, “Sameness has become synonymous with equality, and too often this type of orientation will dampen the mimic’s enthusiasm for opposing the corruption of society; he fears seeming different.”

The Black Anglo-Saxons is a must read book for consciencism. (Please also read Kwame Nkrumah’s great book Consciencism.) We must all fervently hope that, in the nearest future, this book by Hare will no longer be relevant because Black Anglo-Saxons will not be in the way; they will have become true African-Americans.

The Black Anglo-Saxon custom of accommodation has three main effects: 1) it allows [black people] to surrender their fate to the whim of the white world; 2) it magnifies the sense of white power and superiority; 3) it minimizes [black people’s] own sense of responsibility for doing something about [their] situation, including the forcing of white hands”

And, finally, “In sum, the Black Anglo-Saxon, in an effort to gain admittance to white society, must conform, and then – maybe. It is a high price to pay for an ‘inalienable’ right.”

Al Calloway began his career with the Atlanta Inquirer during the 1960’s civil rights struggle. He may be reached at Al_Calloway@Verizon.net