Are we forgetting 400 years? 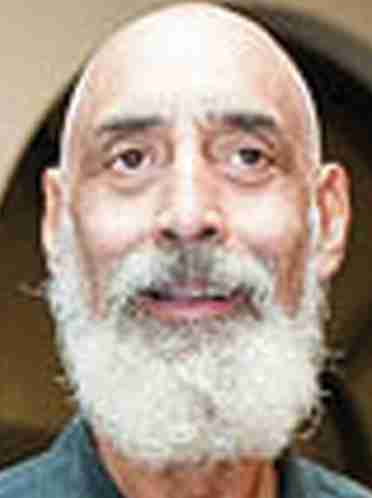 As Black History Month (BHM) 2019 begins, we might easily find ourselves simultaneously gratified, impressed, and nearly overwhelmed by the rich smorgasbord of programs and activities taking place in South Florida alone reflecting a rapidly growing availability of previously lost and hidden information steadily coming to light in this new day, or what Native American First Nations people have recognized as a “Time of Awakening,” from which there is no escape or going back to past ignorance.

February 1, anniversary of the 13th Amendment officially ending legal slavery in the U.S.

in 1865, is officially National Freedom Day, signed into law in 1948 by President Truman to celebrate the freedom enjoyed by all Americans, thanks to the dedicated efforts of Major Richard Robert Wright, born into slavery in Georgia in the 1850s, but who, after a distinguished military career and numerous remarkable achievements in education and business, launched his campaign in 1941 to establish the holiday – a fitting beginning of Black History Month.)

However, just as this rapidly increasing knowledge and awareness might make this year’s BHM the most empowering ever, enhanced by the 2019 National Black History Theme of “Black Migrations,” there is a striking absence in virtually all of the programs listed on this full calendar of any reference to one of the most significant Black migrations of all time, namely the fateful 1619 arrival from Ndongo, Angola, West Africa, 400 years ago, of the first “20 and odd” captive Africans to be brought into Britishoccupied Native North America, at Point Comfort (not Jamestown, as is usually reported), Virginia.

Their arrival notably occurred more than a year “Before the Mayflower” (the title of Lerone Bennett Jr.’s classic study of America’s Black history), but also more than a century after the first Africans of the modern era, free and enslaved, had come to the Spanish-claimed territory of Florida peninsula and other coastal settlements (including one which was destroyed by a slave revolt), not to mention even much earlier documented African arrivals in the Americas centuries before Columbus, or the African presence among Indigenous peoples long before then.

In that larger historical and geographical context, the storied landing of a few Africans brought to a remote British North American outpost on the ship White Lion (whose captain had stolen them from a Spanish vessel which he attacked and raided, and then sold the captives to the English settlers as commodity in exchange for food and supplies), might seem to be almost insignificant, considering how commonplace such human trafficking had become since the early 1500s under Spanish and Portuguese flags.

That very point is convincingly made in Dr. Michael Guasco’s September, 2017, article in Smithsonian magazine, cautioning against the dangers of overemphasizing the single 1619 incident at the expense of ignoring how much equally or more important history preceded, surrounded, and followed it.

Even without that caveat, other factors have already long been in play which serve to downplay the importance of those particular African men and women’s arrival in the Virginia colony:

On the one hand, many thoughtful observers astutely refuse to give undue importance to historical occurrences which become emphasized as parts of “his-story,” presented and defined by the settlers’ perspectives only, while, on the other hand, there is also the inescapable factor of traumatic pain and unhealed psychic wounds associated with such stories which lead many African descendants to prefer not to be reminded of them, even though they continue to haunt our every hour whether we acknowledge them or not.

And that becomes the most important point today: “Knowledge is Power” and we are all certainly more empowered by knowledge of the collective history which has played such a prominent role in making us who we are today than by ignorance, or, worse yet, myths, lies, and propaganda calculated to disempower us.

This milestone 400th anniversary year of the single incident that began the relationship for the next four centuries between Africans, English, and Native Americans in North America is the ultimate “teachable moment,” an opportunity not to be missed especially in this Time of Awakening when information abounds and a new generation is coming of age as yet another is being born.

A Quadricentennial only comes once, only the present generations can gather and preserve historical facts that were either unavailable or too painful for those before us, and may well be lost and forgotten forever if we do not pass them on to those who come after us.

Among the most important facts of 1619, even more than knowing what those Africans and the millions who came after them, both on ships and as descendants for the next 400 years contributed to the building of the nation that we know today, is the knowledge of who those first surviving Africans (like all others to follow)

were, what they felt upon their arrival in this strange place, how they interacted with one another and with the English settlers and the Native Nations which surrounded them, and what indelible marks their lives-that-mattered made on the society of which they were an integral part, regardless of what social status the settlers attempted to force upon them.

Next post In Northam Case: Should Sen. Kaine and others retrieve their stones?