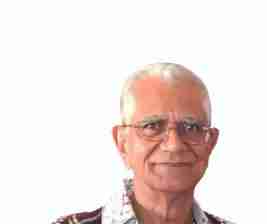 At a White House appearance in June with President Donald Trump, Attorney General William Barr stated, “George Floyd’s death was not the ﬁrst of its kind and it exposes concerns that reach far beyond this particular case. While the vast majority of police ofﬁcers do their job bravely and righteously, it is undeniable that many African Americans lack conﬁdence in our American criminal justice system. This must change."

That was what many Americans wanted to hear from the nation’s top law enforcement ofﬁcial. But Barr also said on CBS’ “Face The Nation” that same month, “I think there’s racism in the United States still but I don’t think that the law enforcement system is systemically racist. And I would say, you know, the president, before any of this happened, was out in front on this issue.” Kandace Montgomery, director of Minneapolis-based Black Visions, responded in a comment to The Guardian, “William Barr is a white man who is serving a racist administration, so of course he’s going to deny the fact that the current law enforcement system is systemically racist. History and facts have proven otherwise.”

Barr has focused on the handful of violent demonstrators and is right to denounce them. But he has gone further. In mid-September, he told a Hillsdale College audience in Michigan that protesters were “not interested in Black lives but only in pushing a political agenda . . . They’re interested in props ― a small number of Blacks who were killed by police during conflict with police, usually less than a dozen a year ― who they can use as props to achieve a much broader political agenda.”

He had his numbers wrong. The Washington Post reported that police killed at least 250 African Americans last year alone, at twice the rate for whites. The Post said that the FBI started tracking police use of force only last year and that only four in 10 law enforcement agencies submitted data. The actual number could be much higher.

At his Hillside appearance, Barr further alienated some people when he referred to measures being taken against the coronavirus pandemic, saying that “putting a national lockdown, stay-at-home orders, is like house arrest. It’s — you know, other than slavery, which was a different kind of restraint, this is the greatest intrusion on civil liberties in American history."

Rep. Jim Clyburn, D-S.C., House Majority Whip and the No. 3 Democrat in the House of Representatives countered on CNN, "It is incredible that [the] chief law enforcement ofﬁcer in this country would equate human bondage to expert advice to save lives. Slavery was not about saving lives; it was about devaluing lives."

Reports indicated that Barr was behind the deployment of heavily armed federal ofﬁcers, some with no name tags, and using teargas, to disperse protesters – all peaceful — in Lafayette Square outside the White House on June 1 so President Donald Trump could go to a nearby church and hold up a copy of the Bible.

He eventually distinguished between, as USA Today reported, "the voices of peaceful protest . . . being hijacked by violent radical elements” and “protesters who were rioting," including “outside radicals and agitators . . . exploiting the situation to pursue their own separate and violent agenda."

But, reports indicated, he considered ﬁling charges against city ofﬁcials in Portland, Ore., the AP also reported, and against Seattle, Wash., Mayor Jenny Durkan over their handling of the protests. On Monday, he designated those two cities and New York City “anarchist jurisdictions,” accusing them of “permitting anarchy, violence and besides issues of concern especially to African Americans, Barr has intervened in criminal justice cases involving Trump’s friends. He has denounced prosecutors who refuse to become partisan, with The Post reporting that he has been “making clear that those who help Trump in his electoral ambitions will get special treatment from the Justice Department should he be reelected.”

He has asked the courts to allow the justice department to take over Trump’s defense in a personal defamation lawsuit brought by a woman who has accused him of rape, which would make the federal government the defendant instead of the president.

And he supports Trump’s claim that Russia did not interfere in the 2016 election and is not meddling again, contrary to the ﬁndings of the entire intelligence community. He also endorsed the president’s unsubstantiated claim that mail voting would lead to widespread rigging and cost him the election.

At Barr’s Senate conﬁrmation on Feb. 14, 2019, Senator Lindsey Graham, RS.C., who chaired the Senate Judicial Committee pledged, “To the American people: you can go to bed here soon knowing that the Department of Justice is in good hands.”

This is the same Lindsey Graham who staked his reputation that no Supreme Court nominee would be conﬁrmed in a president’s last term but has now changed his mind on ﬁlling, in 40 days, the vacancy left by Justice Ruth Bader Ginsburg’s death.

When he became attorney general, Barr was a seasoned professional with the credentials to make a difference in the struggle for racial equality and pursue the “change” needed to instill “conﬁdence in our American criminal justice system,” as he said in June. He has not done so. Who knows? Perhaps he will, if there is a next time.

Next post Michael Jordan to start own NASCAR team in 2021, featuring Bubba Wallace