Black Lives Matter: Why we shut down the Presidential town hall 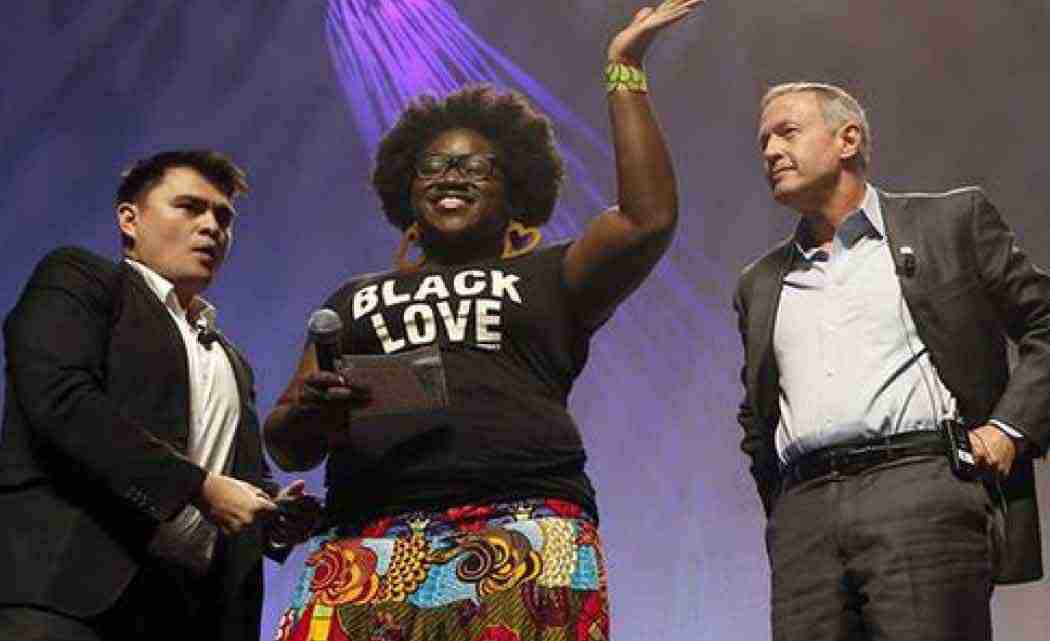 PHOENIX — The Netroots Nation conference is the largest gathering of progressive voices in the United States. On Saturday, July 18, 2015, thousands of people gathered at the NN15 Presidential Town Hall to hear presidential hopefuls Senator Bernie Sanders and former Governor Martin O’Malley speak. Concerned Black conference-goers, activists in the movement for Black Lives, and their allies disrupted the town hall singing, “which side are you on?” because 2015 is the right time to expand what it means to be progressive in the 21st century.

We will keep fighting for Black lives because we are dying and being stripped of our dignity. This crisis is urgent and demands presidential action. No 2016 presidential candidate should be able to run without a real plan on how Black people will survive and thrive. NBC’s Jason Johnson made it plain: “no Democrat is going to be able to pull together a coalition of voters to win in 2016 unless they can address, consider, and integrate [movement for Black Lives] policy issues into their campaign.”

A strategy to finally attack structural racism will require more imagination and bravery than a recycled “jobs” platform. In response to our protest, both Senator Bernie Sanders and Governor Martin O’Malley have released the strongest statements yet on the value of black lives. But, we have yet to see a candidate bold enough to lead with race and make black lives a policy priority. Until there is evidence that Black lives matter, there can be no business as usual.