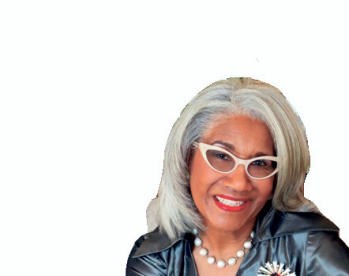 That’s right! Just dig me up from the grave of obscurity where I’ve been hidden away, but in plain sight for nearly 400 years.

Who am I?I am a Black woman in America, and I am “claiming my time.”

Throughout the long and tortuous stretch of electioneering in 2020, I read over and over that this is the year of the Black woman. That colored girls rock. And so on.

The election of the Joe Biden/Kamala Harris ticket to serve as president and vice president is supposed to usher in a new era for Black women in leadership in America. This is as frightening a time as it is exhilarating – to have one of our own in the second highest ofﬁce in the land!

No doubt, this historic election has already brought more attention to the talents and treasure that we have always had, but what if VP Harris does not perform to some of our (unreasonable) expectations?

In addition to Harris being elected VP, we have also recently learned about a miniscule number of Black women appointed as CEOs in the ranks of corporate America. That’s good. Small, but signiﬁcant progress is being made across the public and private sectors.

But I’m holding my breath, not because I fear they will not be able to make a way. No, my fear is that their efforts and accomplishments will never be enough.

Look what they are saying about Obama. He could never do enough to satisfy some folk, Black or white, and neither will Kamala. But will VP Harris’s inevitable slips and failures inure to those of us left in the ﬁelds? Leaving us open to blanket criticism and denigration, those historical markers?

It is so tiresome to be held apart – for having distinct and unique physical features (our hair, our bodies, our voices) – and/or to be pigeonholed into belittling characterizations which constantly subjugate us to lesser-than status.

Me? I’m tired of it all – this Black woman’s burden. In another piece for this paper, I once quoted the art created by Glenn Ligon, renowned graphic text artist who reproduced a line from a 1971 Richard Pryor concert in bold black letters stenciled on a gold background:

I was a nigger for twenty-three years.

I’ll never forget how moved I was when I ﬁrst saw the piece for sale in a gallery during a Miami Basel Art Fair. I recall it every time I feel burdened by the toll of being a Black woman in America; lasting far more than a few decades.

Now, as I reread that quote, I am reminded about the extra weight that Black women will continue to carry, especially over the next four years, much of it being displayed in the public eye. If only it was so simple as Pryor suggested – to just stop having to bear up under undue pressure.

One thing I know for sure. I will not participate in any way or to any degree with bringing additional scrutiny, scorn or criticism of Kamala Harris, and the scant few others who have entered the heights of public ofﬁce. My sisters in the corporate C suites will also get a pass from me. For I know the troubles they have seen, to achieve their positions.

Where will you be when their chips fall? And they will fall, “lest (our) feet stray from the places, our God, where we met thee.” I hope you will join me in lifting up all of the Black women who are carrying their unfair share of our burdens.

We lift you up, up, up! Toniwg1@gmail.com