Have you noticed those sleek Cadillac commercials, starring Academy award-winning Regina King? The “Never Stop Arriving” campaign began in the fall of 2020 and with cool narration by King, bold camera angles, and a sensuous drive through the neighborhood taking in all the glories of a spanking brand-new Cadillac. General Motors Corporation (GM) smoothly entices potential buyers with the luxury vehicle that screams ‘you have arrived.’ Yes. The 2021 Cadillac campaign has made heads turn, but it is the allure and glamour of the “One Night in Miami” director Regina King and the handsome Black faces in the ad that directly targets Black America. The campaign, since its inception, can be seen in regular rotation on all major and cable television networks. With a marked, deﬁnitive exception. Blackowned media. Yet this is nothing new. GM has arguably ignored or have actively fostered a minuscule relationship with Black-owned media while on the other hand actively targeting Black consumers. The inequality and racial disparity are undeniable.

In the full-page ad, the seven Blackowned media moguls state that “General Motors spends billions of dollars in advertising and less than 0.5% goes to Black-owned media.” According to data collected in 2019, GM spent $2.95 billion in U.S. advertising for brands including Chevrolet, Buick, GMC, and Cadillac. 0.5% of that $2.95 billion budget went to Black owned television networks, digital, and print media. It is estimated that Black America spends $1.3 trillion a year, but those advertising dollars spent to influence the spending habits of Black consumers are heavily dispersed to White-owned media. This is the result of systemic racism, institutional racism on Main Street. Major corporations and businesses, Fortune 500 companies complicitly advertise with White-owned media, share in the substantial proﬁts of Black consumerism, while excluding Black-owned media from advertising to its Black demographic and thereby gaining a thin, not equal, proﬁt margin. White-owned media has habitually and begrudgingly maintained a tight grip on generational wealth that was historically generated by the enslavement of Black bodies and Black consumerism. The systemic practice of racism in America is structured to sustain the wealth of White America and enforces oppressive inequities to block Black Americans pathway to generational wealth. The name of the Main Street game is economic exclusivity. What the seven Black-owned media representatives demand is economic inclusiveness.

Byron Allen, who recently settled a $10 billion racial discrimination lawsuit with Charter Communications, stated in an interview with “Ad Age” that “there’s a great amount of systemic racism on Madison Avenue.” Even though there appears to be some level of racial inclusivity in commercial, digital, and print ads, corporations are not seeking to spend money with Blackowned media. There is a difference between “Black-owned and Black-targeted,” Allen explains. Most ads that feature Black faces are formulated to ‘target’ Black audiences in media outlets controlled by White corporations. These White corporations have for years tightly controlled the image and narrative of Blacks in all forms of media, oftentimes to the detriment of Blacks, and unremorsefully rack in the proﬁts. Black-owned media suggests the control of the Black image and narrative and demands that White corporations that seek to target Black consumers recognize Black-owned media as a viable and proﬁtable partnership. To block Black-owned media from advertising directly to its own community is comparable to a type of sabotage.

White corporations “spend $170 billion in advertising” with predominately White-owned media, “and pennies go to Black-owned media,” Byron Allen stated in an interview Sunday. “Black people make up 14% of America. We are asking for a minimum 2% to be allocated to Black-owned media.” In GM’s case, the minimum would be 5% considering “the billons” that Black people spend buying GM vehicles. For ﬁve years, Black media executives have requested a meeting with GM Chairman and CEO Mary Barra but have met with rejection. Instead, Black media executives were referred to Chief Marketing Ofﬁcer Deborah Wahl, whom in a similar position with the McDonald’s corporation, “minimized and discriminated” against Black-owned media which resulted in the very public letter to Barra in the Detroit Free Press.

In a statement in response to the allegations of discrimination and racial bias in advertising raised in the full-page open letter, GM claimed that it “aspires to be the most inclusive company in the world, and that includes how we allocate media spend.” Pat Morrissey, GM spokesperson said that "we have increased our planned spending with both diverse-owned and diverse-dedicated media across our family of brands.” How GM plans to do this is unknown, however after the death of George Floyd last May, Mary Barra publicly denounced racism in a letter to all GM employees, created an Inclusion Advisory Board, set aside $10 million to donate to organizations ﬁghting for racial equality, and pledged to make GM “the most inclusive company in the world.” A year later, Mary Barra is still refusing to take a Zoom meeting with Black-owned media executives to discuss how GM can become inclusive in advertising. “This is an opportunity to be on the right side of history. An opportunity to provide true diversity and economic inclusion,” Byron Allen concluded. “But I’m not asking for a seat at the table. I’m taking a seat at the table.”

Previous post America: ‘What will you do unto the least of these?’ 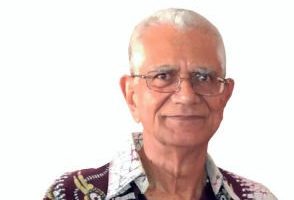