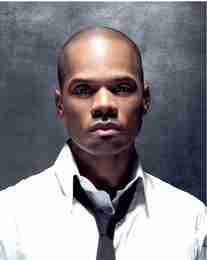 Easter commemorates the rising from the dead of Jesus Christ in the Christian faith. It is one of the holiest times of the year for Christians.

Unfortunately, we Christians have allowed liberals not only to remove anything acknowledging God from the public square, but we have also seemingly become ashamed of our Christian faith and values and unwilling to fight for them.

Today’s church has become as the sounding brass or the tinkling cymbal; full of sound and fury signifying nothing.

Where was the outrage when liberal dunce and co-host of “The View,” Joy Behar equated our Christianity to a “mental illness?” Many white liberals are anti-God, so Behar’s words did not surprise me; but to have Sherri Sheppard and Sunny Hostin, both who are black, cosigning for Behar was stunning.

Last year, President Trump met with a group of Christian ministers who laid hands on Trump when they prayed for him; the ridicule from the media and liberals spread like wildfire.

So, it seems to be open season on attacking Christians, but let someone like me, say that homosexuality is incompatible with Christianity and watch the hatred that gets directed towards me.

Why is it that you can’t get a straight answer out of people like T.D. Jakes as to his views on homosexuality and the church? If you can glean from him where he stands on this issue, please let me know.

Too many “self-described” Christians like Jakes and Kirk Franklin are so concerned about their homosexual base that they are too afraid to stand on what the Bible says.

Where are award-winning gospel artists and talk show hosts like Yolanda Adams or Mary Mary? Don’t they have an obligation to defend their faith when it is viciously being attacked and denigrated by liberals?

They have been given a public platform, but they have refused to use it. Former President Obama revealed his support for same-sex marriage and the black church came down with a severe case of laryngitis.

There was a time when the church, as an institution, and preachers were highly regarded. Not anymore.

Many churches and preachers have turned into social clubs, who are desperately seeking approval and adoration from the; versus standing up for their values and principles they claim to believe in.

In 2013, the liberal Pope Francis famously said, “Who am I to judge,” when asked about homosexuality. Well, the Bible is pretty clear. Paraphrasing Matthew 7:16, “you will know a tree by the fruit it bears.”

Far too many Christians spend far too much time apologizing for their faith and their beliefs, instead of defending them.

Every group or organization is founded upon a shared set of values that everyone rallies around. In order to be a member of the American Institute of Certified Public Accountants (AICPA), you must be a CPA or have a four year degree in accounting. You can’t be an English teacher and demand membership. Your background is incompatible with membership in the AICPA.

You can’t be a member of Tall Clubs International (TCI) unless you are at least 6’2” for men and 5’10” for women. If you don’t meet these requirements, then your deficient height makes you incompatible for membership in this organization.

Thusly, if you are a homosexual, you cannot be a Christian in good standing in the church. I am fed up with preachers refusing to state this obvious tenant of the Christian church.

Let me again say for the record, homosexuality is not compatible with Christianity. Yes, we serve a forgiving God, but part of forgiveness is turning from our wicked ways.

If you are not willing to change your behavior, then your lifestyle is not compatible with Christianity. It’s just that simple.

So, when my liberal friends attempt to rebut me by saying “sin is sin and God doesn’t judge one sin more harshly than others;” I agree with them 100 percent. My rebuttal to them is, of all the sins listed in the Bible, homosexuality is the only one that people are trying to legalize.

No one is trying to legalize lying, murder, or adultery. That’s the difference.

I hope Christians will stand up for what the Bible says and no longer be intimidated by the liberal secularists.

Raynard Jackson is founder and chairman of Black Americans for a Better Future (BAFBF), a federally registered 527 Super PAC established to get more Blacks involved in the Republican Party. BAFBF focuses on the Black entrepreneur. For more information about BAFBF, visit www.bafbf.org. You can follow Raynard on Twitter @Raynard1223.

Next post What would Dr. Martin Luther King Jr. do with Trump’s lawlessness?