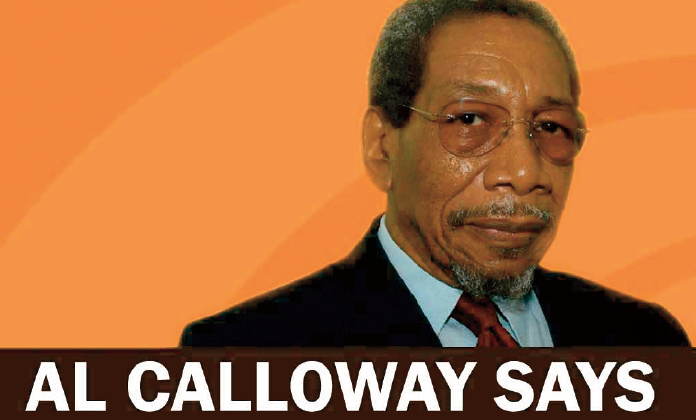 Apparently members of the Congressional Black Caucus (CBC) see themselves as “The Supreme Leaders of Black America.” Be that fact or fiction, in truth the CBC is less known by black voters than the Jehovah Witnesses whose members knock on doors every Saturday morning.

True, too, is that CBC members represent majority or near majority black or so-called minority congressional districts, which should mean that they are accountable to their constituencies. Are meetings held in black communities on crucial issues before these congresspersons vote or speak-out? Are there white congresspersons with similar districts, and, if so, why aren’t they members of the CBC? Rational politics is about power, which certainly includes numbers.

There have been absolutely no discussions, forums or public meetings anywhere known where a CBC member got the permission of his/her constituency to endorse anybody for president of the USA. How is it possible then, under the rubric of a participatory democracy, that presidential candidate Hillary R. Clinton can be endorsed by a so-called representative body without permission of that body’s constituency?

I declare, therefore, that the Congressional Black Caucus (CBC) has disrespected America’s black voters, and, as a result, its action regarding any and all endorsements of candidates for public office is henceforth null and void. I further declare that each CBC member’s constituency must corroborate present and future actions of aforesaid body before such actions become public.

Hillary’s endorsement by the CBC was a reprehensible Christmas gift to black America. The early endorsement was a giveaway to Hillary and the Democratic Party. No deal was made with Hillary and no deal was made with the Democratic Party for black people. However, you can bet your last dollar that the deal is for reelection support for CBC members and appointments if Hillary becomes POTUS.

Black people – as Malcolm X would say – you have been hoodwinked, bamboozled and led astray. Subjugation works two ways simultaneously: The external force is equal to the internal containment. Economics and politics are external interdependencies while no self-knowledge begets low self-esteem. Therefore, a black leadership that is groomed from an Eurocentric knowledge base is incapable of thinking a way out of containment.

Take notice and you will find that, typically, blacks that have gorged on self-knowledge are by-passed and rarely rise out of local community groups. Preachers, politicians, so-called educators and civil rights groups tend to assiduously avoid these “troublemakers” in order to stay in good stead with the downtown interests that really control black communities.

Troublemakers are especially liked by young people, though they rarely get together due to lack of resources, including venues where black history before slavery can be taught along with a true history of the world. Schools and churches keep these troublemakers out so that they cannot change the street culture because that will also change churches, schools and just about everything else in black communities.

Troublemakers, if heard, would certainly exclaim that it is in black people’s interest to negotiate with Donald Trump, Bernie Sanders and Hillary R. Clinton and rail against most of the other presidential candidates. What the CBC did should be publicly censured by black ministerial alliances across America, Greek Letter groups and other black civic and professional organizations across the country because it was a sneaky attempt to take the black vote off the table for “thirty pieces of silver.”

Note to Hillary: We’ve not forgotten what you and “slick Willie” did to our man, Barack H. Obama during the hotly contested 2008 presidential campaign. Things got tough and you Clintons went into your Arkansas bag and pulled the race card genie out. The CBC was already in your pocket and almost all of its members endorsed you over Obama, and allowed those racially tinged barbs.

We remember, too, how the National Democratic Party also allowed those white supremacy remarks. So it caught on across America that if the CBC allowed it and the political party where blacks form its base allowed it then it is open season on Obama. And such is the case to this day. We remember! Hey, Hillary, you’ve got a lot of negotiating to do. We don’t care what the CBC told you!

Previous post Are Republicans and conservatives too angry to make good decisions?