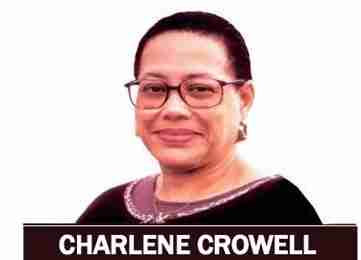 When it comes to consumer complaints on credit and lending, debt collection generates more criticism than any other industry. This $13 billion industry makes profits by pursuing at least 77 million consumers each year. Many of the aggressive tactics used are for debts that are not owed, others that are too old to collect, or entirely owed by another consumer.

An earlier column this summer shared how the Consumer Financial Protection Bureau (CFPB) released its proposed outline, an early step in the rule-making process, intended to rein in abusive debt collection practices such as harassing phone calls made to consumers either at home or work. Now, before the first-ever debt collection regulation is adopted, a broad base of 59 civil rights, consumer and legal service advocates working at both the national and state levels are pushing to ensure that debt collection rules become all that consumers expect and need from their consumer cop- on-the-beat.

In a September 15 letter to CFPB Director Richard Cordray, the advocates urged the Bureau to include additional provisions in its proposed outline. In their alternative and collective view, it is important to require more robust documentation standards to better ensure that debt collectors can prove a given debt is actually owed.

The coalition which includes the NAACP, National Consumer Law Center, The Leadership Conference on Civil and Human Rights, National Council of LaRaza and the Center for Responsible Lending highlighted key areas where the Bureau can more fully address common abusive practices including:

1. Requiring debt collectors to have and review original account information at the start of collection attempts;

2. Providing those same and additional documents to the courts when filing collection lawsuits or obtaining judgments in those cases; and

3. Limiting the number of calls made to consumers, particularly for medical or student loan debt.

While each of these efforts are needed, one in particular has the potential to make a huge number of multiple bad practices go away. Across the country, local courts have been inundated with undocumented claims of default. Moreover, millions of affected consumers have only become aware of lawsuits until after court judgments have been ordered and frequently based on inaccurate information. Unfortunately, communities of color are among those hardest hit by debt collection and debt collection lawsuits.

Last year, debt collection generated more complaints than any other industry. With both the Federal Trade Commission (FTC) and CFPB. Additionally, last year CFPB returned $360 million to consumers wronged by unlawful debt collection practices and levied $79 million in fines against violators. The FTC banned 30 companies and individuals from working in the industry again.

Although the Fair Debt Collections Practices Act (FDCPA) was enacted in 1977, the Dodd-Frank Wall Street Reform Act gave the first-ever regulatory authority for the debt collection industry to CFPB. “Every consumer should be free from abusive and harassing debt collection,” said Lisa Stifler, deputy director of the Center for Responsible Lending’s state policy. “When people are being wrongly pursued for debts they do not owe, it is time for action and reforms.”

Charlene Crowell is the communications deputy director for the Center for Responsible Lending.

Previous post Is genocide a reality for the black man in America?