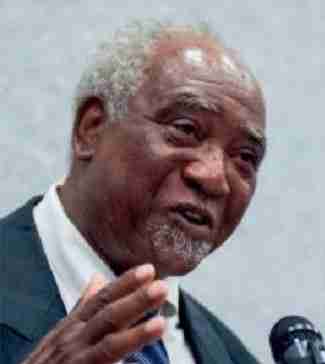 A few days ago, California NAACP decided they would get a member of the Congressional Black Caucus (CBC) to declare the National Anthem a racist song.

Then Rep. Danny Davis (D. IL), seeing “nothing wrong with changing” the National Anthem, begins to lead the charge to change it.

The Star Spangled Banner, was written in 1814 by Francis Scott Key, used by the Navy in 1889, but later was formerly adopted as the National Anthem by Congressional Resolution in 1931, and signed by Republican President Herbert Hoover.

The song is very difficult to sing; therefore most people only sing the first stanza.

But for the last 89 years nobody has even paid attention to the third verse. It has only been highlighted just recently to justify the extended disrespect by the black NFL millionaires who decided to disregard the protocol of the National Anthem by not standing and placing their hands over their hearts during the playing of the Star Spangled Banner at the beginning of each NFL game.

For those who have been living under a rock and don’t know what’s going on in this country (which is virtually no one in the free world), It all started when a biracial QB whose face was on the September, 2013 cover of GQ magazine, woke up one game day and decided he would sit and then kneel in protest of police brutality of black men.

Now to understand why Colin Kaepernick chose to do this, you must ask yourself why would a multi-millionaire pro ball player whose black father abandoned his white mother when he was young, causing a liberal white family to adopt him and raise him in a white neighborhood, decide one day to grow this outrageous Afro in 2016 and protest police brutality by kneeling during the National Anthem on game day?

But because he did, he just got his face back on the cover by being named GQ’s 2017 “Citizen of the Year.” Funny, he spoiled his chance at getting another lucrative contract because he has sued the League for collusion; but he’s being hailed as a hero because he started a movement.

Almost all the other multi-millionaire ball players in the NFL are “taking a knee,” especially after President Donald Trump suggested the owners and coaches should tell those “sons-of-bitches, You’re Fired.”

There have even been several petitions started to change the National Anthem to other songs – such as Juelz Santana and Cam’ron’s 2003 hit, “Dipset Anthem.” Don’t like that, how about to R. Kelly’s “Ignition (Remix); or “Stronger” by Britney Spears? I’m not joking, these are real petitions. You can’t make this stuff up.

That’s just as bad as learning that last week liberals met to literally scream at the sky to bemoan their heartbreak at not having Hillary as President.

It was utterly frightening. And these were the very ones who profess that global warming is man-made and must be stopped. Yet they spit volumes of carbon dioxide into the atmosphere they profess to protect from us deniers. Pitiful. Again you can’t make this stuff up.

I remember around 23 years ago, one of my heroes, C. Delores Tucker, Civil Rights activist and the first highest ranking Black female politician in state government, helped create the National Congress of Black Women. As one of the founding members in Miami, I helped her in her fight against the misogynistic lyrics of the rap music industry. She fought against violence against women long before it became popular.

She went to the Congressional Black Caucus, the NAACP, Jesse Jackson and the Black Preachers’ organizations to get them to stop the rappers and the white boys who owned them, buying stock in Sony and Time Warner. But they all turned their backs on her. The NAACP even gave Tupac an Image Award AFTER he called C. Delores a “Mother F**ker in one of his songs, and in spite of the fact she was a Lifetime Member of the NAACP.

So forgive me if I have no respect for the NAACP and its crusade against the Star Spangled Banner. Seems it only speaks when it’s politically expedient for the NAACP. Besides it’s spent these last few years advocating mostly for illegal aliens (I’m sorry), undocumented immigrants, not American-born Black folks.