Cooperation has been bred out of the Republican Party’s DNA 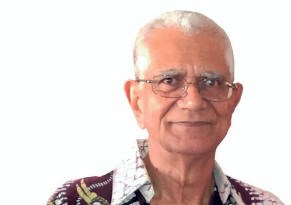 It is a national emergency, the economy battered and millions of Americans out of work. A Democrat enters the White House pledging to be president of all the people. The moment cries out for bipartisanship. But the Republican Party rejects the new president’s overtures and rallies its millions of supporters against any proposed solutions.

No, it is not the time of the coronavirus and the economic downturn which it has caused. It is not about Joseph Biden defeating Donald Trump, not about Biden’s $1.9 trillion American Rescue Plan. Rather, it is about the collapse of the housing market and the Great Recession. It is about Barack H. Obama succeeding George W. Bush, about a multi-billion dollar economic bailout. It is about the almost total Republican rejection of bipartisanship and the creation of a Tea Party movement ﬁnanced by billionaires.

Indeed, it is amazing how closely what is happening now parallels the events of the mid-2000s. It is equally astonishing that Biden, Obama’s vice president and witness to Republican partisanship even during a national emergency, could still extend his hand in friendship. It is no surprise that he is being snubbed. Cooperation was bred out of the Republican Party’s DNA many decades ago, thanks to probably a trillion dollars which the super-rich spent on a prolonged campaign of deception. The cancer of obstructionism infected the party long before Trump arrived, metastasizing into a disease that left the party a mere host for the rich wanting to preserve and expand their wealth.

Biden knows of the machinations of the Republicans and their sponsors as they tried to block the Affordable Care Act -Obamacare. He knows that Obama alienated progressives by eliminating a public option, much less universal health insurance, from his bill. Obama labored hard merely to end up creating a mole hill reflecting what conservatives demanded, leaving health care in the hands of the private sector where it has been for more than a century. And, instead of bipartisanship, he was not only snubbed but also derided personally. Iowa Senator Charles “Chuck” Ernest Grassley, seen as a potential supporter, equated the bill to “pulling the plug on grandma.”

After the bill became law and despite the obvious beneﬁts, 19 states, including Florida under then Gov. Rick Scott, rejected Medicaid expansion to provide coverage for millions, sacriﬁcing billions of dollars in subsidies. When the coronavirus arrived, millions lost their private insurance when their jobs disappeared. The Republican-controlled House of Representatives voted 54 times to repeal the law.

Still, Biden said on the campaign trail, “I’m running as a Democrat but I will govern as an American president. No red states, no blue states, just the United States.” That is optimism bordering on naiveté because the Republican Party’s intransigence has only worsened. By the time of the health insurance campaign, super-wealthy Americans had reﬁned their tactics of opposition to taxes and regulations, notably through groups such as the Koch-funded Americans for Prosperity and Freedom Works for which the Tea Party still fronts.

The country has been bombarded by lies and disinformation and attacks on science going back to at least the 1950s, notably from the tobacco industry which touted smoking as having “positive beneﬁts” and during the ongoing global warming crisis, with climate change deniers insisting that more carbon dioxide is actually good for the ecosystem. It is this line of deception that led to deeming the coronavirus epidemic a hoax and, indeed, the 2020 election results as fraudulent.

The Democratic Party has been sorely lacking in responding decisively to such blanket disinformation. They did not turn out huge crowds to defend Biden’s election victory or to back his American Rescue Plan. Perhaps, as this column has previously said, Democratic leaders have been so conﬁdent of the rightness of their policies that they believe the American people do not have to be persuaded to accept what is in their best interests. History has shown such assumption is wrong.

Nor have Democrats seized the opportunity to produce a documentary detailing all the issues which they have stood for and how Republicans have opposed each of them to the detriment of ordinary Americans. They missed a glorious opportunity to challenge Congressional Republicans to show their sincerity in opposing the American Rescue Planit by calling on their supporters to refuse to accept its beneﬁts, including the coming $1,400 check and the $300 weekly jobless beneﬁt.

The Senate will soon have to decide on the George Floyd Justice and Policing Act and the For the People voting rights act and Republicans have yet another chance at bipartisanship but will not take it. A civil war has been going on ever since the end of the original Civil War, the goal still the same: racial supremacy. It was joined by the unending struggle for continued economic dominance. Voters called timeout on the assault on democracy by electing Biden but the attacks on American institutions will continue until fascism prevails — or not.

Next post Did Michigan state police let the dogs out