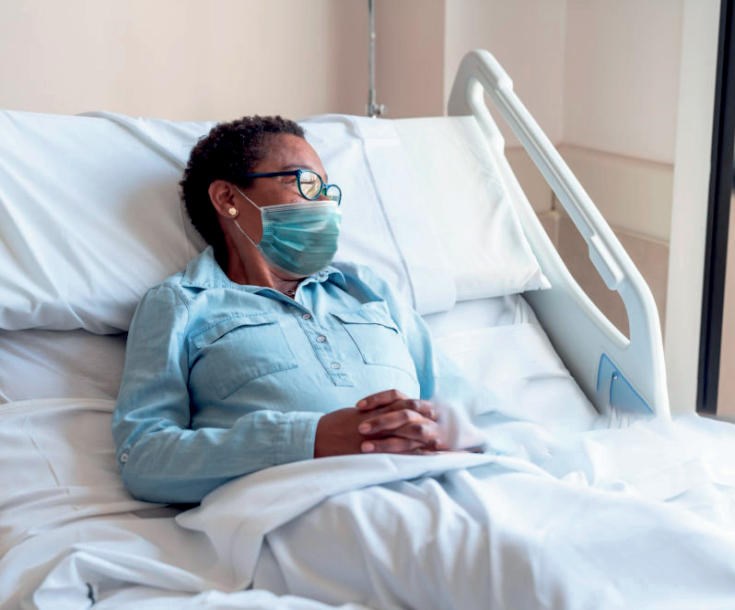 Yet there are millions of Americans – 40 percent of the population – who remain unvaccinated, even in the face of such startling numbers. They are creating a new public health crisis and politicians and scientists alike have to step up their appeals for the public to be vaccinated – to save their own lives.

According to an Associated Press report carried July 26 in HealthDay News, eight in every 10 of those who are unvaccinated said they were unlikely to get the vaccine. Ironically, according to UNAIDS a global health initiative, while such Americans are snubbing the vaccine, people in the poor countries are dying for lack of it, some countries not yet getting a single shot.

Compounding the problem in the United States is the weird opposition to wearing masks, which is one of three steps to avoid the disease, the others being getting vaccinated and maintaining six-foot social distancing. Not only are tens of millions refusing to be vaccinated but they are also refusing to wear masks or maintain social distancing. The anti-mask crowd is especially strange, with a few groups staging small bonfires of masks to show their misplaced disdain for public health – creating the bonfires of the stupid.

That is what some 20 anti-maskers did on July 27. News reports showed one protester spraying lighter fluid in a tray full of masks and then setting them on fire outside the Broward County School Board. After the protesters refused to wear masks, the board was forced to postpone consideration of possible mask mandate for the coming school year, which the Centers for Disease Control and Prevention (CDCs) has now recommended.

That mask-burning was not a first. It happened last December outside the Florida Department of Health when protesters from Reopen South Florida and Florida Freedom Keepers objected to a mas mandate against COVID-19 which by then had already infected more than one million Floridians.

The latest mask-burning and the overall anti-vaccination protests drew a sharp criticism from Miami Herald columnist Fabiola Santiago who also blamed Gov. Ron DeSantis for the high incidence of the disease in the state. “This is the no-mask, anti-vaccine Florida that Gov. Ron DeSantis groomed and enabled,” Santiago remarked on Juily 28. This is the red Florida he has indulged with political gobbledygook about personal freedoms in the middle of a public-health emergency — and here are the consequences: a dubious No. 1 national ranking in cases of COVID-19.

Others are also to blame, as well. The Center for Countering Digital Hate (CCDH) recently listed 12 people it said were responsible for 65 percent of anti-vaccine lies published on social media. At the top of the list: Joseph Mercola, a multi-millionaire osteopath in Cape Coral with 3.6 million social media followers. CCDH describes him as “a successful antivaccine entrepreneur, peddling dietary supplements and false cures as alternatives to vaccines.”

Mercola has called the vaccines “a medical fraud” that did not stop infections but simply “alter your genetic coding, turning you into a viral protein factory that has no off-switch,” The New York Times reported.

Also in Florida, even as more churches were encouraging their members to be vaccinated, Pastor Rick Wiles of the Flowing Streams Church in Vero Beach, who called vaccines part of a "mass death campaign," said he was in the hospital with COVID-19-related pneumonia, NBC News reported on June 2. Wiles added that other family members also had symptoms of the disease.

Elsewhere, the owner of the Basilico’s Pasta e Vino Italian restaurant in Huntington Beach, Calif., demanded that potential customers prove they are unvaccinated before they can enter. A message taped to a window read, “We have zero tolerance for treasonous, anti-American stupidity.”

Still, regardless of what the antivaxxers and anti-maskers and antisocial distancing crowd are saying or doing, the crisis is real. As the CBS affiliate in Miami reported, Jackson Memorial Hospital is being overwhelmed by a fourth wave of the virus, especially among the young. A week ago, the hospital’s COVID floor had 205 patients, 185 of whom were unvaccinated.

“I encourage everybody to not do it for yourself only but for your family, your friends,” Yvette Pons, the associate nurse manager, told the station. “Just get vaccinated!”

That is not just a timely message; it is a life-saving one. Only stupid people will ignore it – at their peril.

Next post Honoring our ancestors: Reclaiming their African American cemeteries