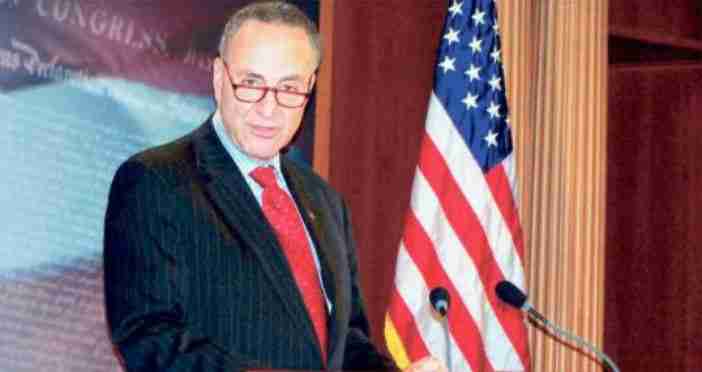 President Donald Trump stunned political observers and, in particular, the Republican Party, with two recent developments that pointed to a possible warming of relations with the Democratic leadership.

Firstly, Trump agreed with a proposal from Chuck Schumer, the Senate minority leader, and Nancy Pelosi, the House minority leader, linking emergency funding for Hurricane Harvey relief to a shortterm extension of the federal debt limit and the government’s spending power.

A few days later, the president and the two Democratic leaders worked out another deal to safeguard the Deferred Action for Childhood Arrivals (DACA) protecting from deportation the 800,000 or so “Dreamers” – young immigrants brought into the country illegally by their parents when they were children. Then President Barack Obama extended such protection by executive order which Trump recently revoked.

There were reports that Trump got Schumer and Pelosi to back additional funding for border security but – significantly – not a border wall. The president has since cast doubts on this second agreement which would run counter to his hardline on illegal immigration.

Some Democrats are cautiously welcoming the unusual bipartisanship but it has infuriated Trump’s base and analysts are trying to figure out what motivated the president to warm to Democrats. The most plausible explanation is Trump’s known dissatisfaction with the inability of the Republican-controlled Congress to get anything done, especially the seven-year-old pledge to repeal the Patient Protection and Affordable Care Act known as Obamacare.

Whatever the reason, the so-called progressive wing of the Democratic Party is very unhappy with any sort of accommodation with Trump. But critics ought to keep in mind the comment of the Englishman Henry John Temple — Lord Palmerston — more than 150 years ago that there are no permanent friends or permanent enemies, only permanent interests.

There is good reason why efforts should be made to engage Trump on issues that matter to the nation, however distasteful that may be. Indeed, the Democrats cannot afford to be seen as obstructionists for the sake of being obstructionists; in fact, the Republicans already have first claim to that honor. The question is not whether there should be such engagement but what issues form its basis.

The two sessions involving Trump, Schumer and Pelosi had to do with high finance, in the first instance, and immigration. But neither dealt with the urgent concerns – indeed, the permanent interests — of the most loyal segment of the Democratic base: African Americans, 80 percent of whom voted for Hillary Clinton and 93 percent for Barack Obama. These concerns include the relentless effort by the Trump administration to turn back the clock on civil and voting rights and law enforcement.

In state after state controlled by Republicans, legislation has been, or is being, enacted to roll back gains in those areas at a time when they control the U.S.

Supreme Court, the presidency and Congress. Any effort at strengthening the socio-racial compact is being steadily dismantled.

There is seeming disdain for the many decades of struggle by African Americans, much of it in the face of domestic terrorism, to gain the civil and voting rights of today, of which Georgia Congressman John Lewis is living proof.

The manipulation of the law as a means to perpetuate white domination of the country should be anathema to American democracy and it is the federal government’s duty to hold it in check. That is not happening under Trump and it is vital for the Democratic leadership to take it up with the president..

Law enforcement goes hand-in-hand with the new normal that favors white supremacy. Attorney General Jeff Sessions, whose political baggage includes persistent accusations of racism, has declared war on black neighborhoods. Interpreting civil disobedience in the face of police brutality, Sessions and his Justice Department are reversing measures which Obama put in place to curb such behavior.

Obviously taking his cue from the selfstyled “law and order” president, Sessions is scuttling Obama initiatives that require greater efforts by the police to work with communities. He is also again militarizing the police as a means of dealing with popular uprising against injustice.

It could be that the Democratic leaders are hoping the first two sessions with the president would create an opening for them to pursue such concerns. But while they may not be as urgent as hurricane relief, the federal debt and the “Dreamers,” they are of existential importance for a key segment of the Democratic base. How the leadership deals with them will determine whether the party can take back Congress in 2018 and the presidency in 2020.

Previous post Nothing 'deplorable' about those rescuing Harvey, Irma victims