In many ways, the election was a referendum on the mainstream media and the Democratic Party — both got clobbered.

Most objective observers have to admit that the Democratic party and its mainstream friends live in a closed bubble and mutual admiration society.

They also have something else in common. They are neither trusted nor respected by the American people and are in a full Titanic-dive to irrelevancy! As to the mainstream media, an April report from the American Press Institute found that only six percent of adults surveyed said they had “a great deal of confidence” in the press.

Five months later, a September Gallup poll found that Americans’ trust and confidence in the mass media to report the news “fully, accurately and fairly” dropped to its lowest level in Gallup polling history.

And, after the election, a poll by the well- respected Media Research Center (MRC) found that 78 percent of voters believed the news coverage of the presidential campaign was biased; nearly a three to one majority (59) percent, believed that the media were for Clinton; and, 69 percent did not believe the news media are honest and truthful.

Thankfully, 97 percent of voters said they did not let the media’s bias influence their vote.

MRC President Brent Bozell summed up these results nicely saying that the media was in full “panic mode” adding, “ . . . People didn’t believe the nonsense that the media were politically neutral. “When you have a strong majority of actual voters saying the national ‘news’ media were biased in favor of Hillary Clinton . . . ; and believing they are fundamentally dishonest, you have a major problem that can’t be fixed with an apology. The public has rejected this institution as being either objective or truthful.”

Just as these polls show that American people have rejected and do not trust major media, they also have similar misgivings and distrust of Democrats.

According to MSNBC, since Barack Obama took the helm of the Democratic Party in 2008, Democrats have lost 11 Senate seats, 60 House seats, 14 governorships and over 900 state legislative seats.

Why do Americans mistrust and reject major media and the Democratic Party? Regarding the Democratic Party, former Obama advisor and CNN commentator Van Jones, recently on ABC’s “The View,” said, “Everybody knows we have a problem with elitism. Liberals and Democrats, we see ourselves as champions of the poor and downtrodden . . . we have somehow let a little camp of elitist-sounding, snobby people come into the party, and it’s obnoxious. They talk down to people and everybody hates it.”

The same can be said of the major media. The elites of both institutions have forgotten, if not abandoned, the interests, concerns and values of average American workers — of all colors.

So, what do they stand for? In the closed-door world of the mostly white liberal elites at the Los Angeles Times, The New York Times, The Washington Post and other major newspaper outlets; executive suites of major cable and network news organizations; and, of course, the Democratic Party power structure, there is a common highbrow vision of America.

That vision is one of transgender bathrooms in public schools, open borders, sanctuary cities and protection of illegal immigrants; condoning or remaining silent on anti-police “pigs in a blanket, fry em’ like bacon,” rhetoric and, blaming rioting, looting, and arson on racism to name just a few.

As they found out, such views are not shared by the vast “red state tide” which swept Donald Trump into the White House with a resounding Electoral College victory. They are out of touch, out of ideas — and out of time.

So, what is the mainstream media and Democrats’ reaction to their massive loss? Instead of heeding Shakespeare’s famous “The fault lies not in our stars but in ourselves,” they blame everybody and everything else:

• First it was FBI Director Comey’s fault.
• Then it was because of “fake news” even though the fake news of the decade was Hillary blaming the Benghazi terrorist attack on a YouTube “video.”
• Next it was because our political system uses the Electoral College rather than the popular vote to determine presidential winners.
• The latest excuse is that the Russian’s meddled in our election process.

Previous post Americans must replace bitterness with truth and reconciliation 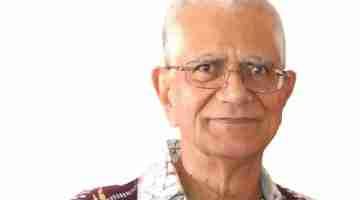 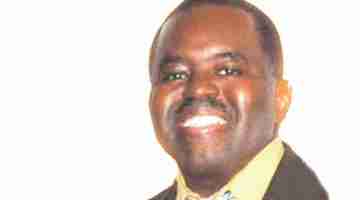