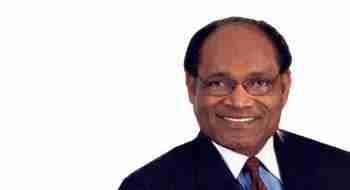 Over 100 people were shot and 15 killed in Chicago over the Father’s Day weekend including ﬁve children — among them a 3-year-old boy and a 13year-old girl.

No hurried press conferences by Chicago’s political elite! Why?

The killers were apparently not white and deﬁnitely weren’t white police ofﬁcers.

I have often said that a Black life means more if taken by a white than by another Black.

There was justiﬁable and almost universal outrage after the tragic and brutal death of George Floyd at the hands of a white Minneapolis, Minnesota police ofﬁcer.

Unfortunately, many progressives and their allies on the radical left took advantage of the Floyd tragedy to promote their own political and cultural agendas.

They became afflicted with the 2020 version of what could be best described as "white guilt syndrome."

What better way to show their racial political "purity" than to support defunding the police and ridding the country of any symbols of slavery, the Confederacy, and those who participated in governmentsanctioned racism following the Civil War, during Reconstruction, and beyond?

They remain silent and thereby condone looting, rioting, arson, attacks on police, and other forms of mob violence to achieve their goal.

My friend, author Curtis Bennett, said in a recent email I received, that Democrats "want to erase anything connecting them to their shameful racist past. . . " He’s right.

Their actions too often reek of hypocrisy and selective condemnation.

In honor of "Juneteenth," Pelosi ordered the removal from the Capitol portraits of four of her predecessors who had served the Confederacy. She said that they were "symbols that set back our nation’s work to confront and combat bigotry."

There are also advocates for changing the names of the 10 U.S. Army military bases named after Confederate generals, including Fort Benning in Georgia, Fort Bragg in North Carolina, Fort Hood in Texas and Fort Lee in Virginia.

Fortunately for our country, the Confederacy lost the Civil War.

Unfortunately, sympathizers in Washington, D.C., and many state governments have kept their knees on the necks of Black Americans for over 100 years after the end of war.

Many of those who controlled powerful congressional committees during that period were members of what was called "the Southern Bloc" who represented states of the old Confederacy.

Will they recommend the removal of his statue from the building’s rotunda? We can’t leave out former President Bill Clinton’s mentor William Fulbright of Arkansas, who signed the "Southern Manifesto" opposing the Brown v. Board of Education 347 U.S. 483 (1954) decision, which banned segregation in public schools.

Will Democrats and their progressive allies demand that the "Fulbright Scholar Program" be renamed?

Another prominent racist in the belly of Democrats was President Woodrow Wilson.

He segregated federal ofﬁces in Washington, D.C., and previewed J.W. Grifﬁth’s "The Birth of a Nation" in the White House. The movie (1915) portrayed the KKK as "saviors of the post-war South."

The left has also remained silent over the destruction of statues of George Washington, Francis Scott Key, who wrote the National Anthem, and former President Ulysses S. Grant, who commanded the Union Army defeating the Confederacy.

Anarchist mobs tearing down statues and defacing other public monuments and property act like lynch mobs taking the law into their own hands.

Meanwhile, Democrats in the U.S. Senate are acting like the mobs’ silent enablers. They refused even to allow debate on a Republican bill on police reform sponsored by the Senate’s only black Republican, Tim Scott, R-S.C.

They threw George Floyd and other black victims of police violence, under the political bus!

What is so sad is that the two black Senate Democrats, Cory Booker, D-N.J., and Kamala Harris, D-Ca., helped them push.

Speaker Pelosi took the political exploitation of Floyd to a new low.

Referring to the GOP legislation, she said that Republicans were "trying to get away with . . . the murder of George Floyd."

When all is said and done, there is a word for all of this — disgusting.