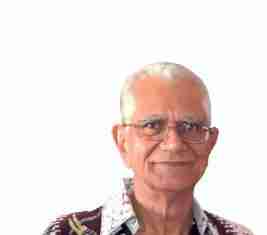 APM said on July 7 that if African Americans “had died of COVID-19 at the same actual rate as Whites and Asians, about 16,000 Blacks, 2,200 Latinos and 400 indigenous Americans would still be alive.”

AMP also said that the gap in mortality rates widens further, when age is factored in, between whites and all other groups. For African Americans, the rate is then 3.8 times as high as for whites; for indigenous peoples, 3.2 times as high; Paciﬁc Islanders, 2.6 times as high; Latinos, 2.5 times as high; Asians, 1.5 times.

This “indicates that many younger Americans who are Black, Indigenous or other people of color are dying of COVID-19—driving their mortality rates far above White Americans’. Despite their relative youthfulness (a protective factor against COVID), their death rates are elevated,” APM said. It cited this Brookings Institution ﬁnding: “In every age category, Black people are dying from COVID at roughly the same rate as White people more than a decade older.”

The Centers for Disease Control and Prevention (CDC), in fact, found that the disease is deadlier for minorities under 65 than for whites under 65, The Washington Post reported. The CDC study focused on 52,000 deaths between mid-February and mid-April in New Jersey, New York and Washington. It found “stark differences in the age at which people from different racial and ethnic groups died of COVID-19. Among white people, the median age was 81, for Hispanics it was 71, and for all nonwhite, non-Hispanic people it was 72.”

APM said such disparities are due to “reinforcing factors related to higher likelihood” of contracting the coronavirus. These factors include “inability to work from home or no access to sick days; living in geographic areas, housing arrangements or accessing public transportation where the virus is more easily spread, as well as poorer outcomes after acquiring COVID-19 (such as resulting from less access to testing; higher presence of underlying health conditions like diabetes, hypertension and asthma and receiving delayed or poorer medical care perhaps because they lack health insurance.)” “The racial disparities in COVID-19 mortality – due to these compounding, elevated risks from our systems of housing, the labor force, health care systems and policy responses – are the result of systemic racism,” APM stated.

African Americans are vulnerable also because they experience “high levels of stress-mediated wear and tear known as ‘weathering,’” Arline Geronimus, a University of Michigan public health professor, told The Post. The stress can be caused by toxins and lack of sleep, in addition to racial bias.

There are no reports about the toll which the disease is taking on minorities in Florida. Overall, though, the numbers are grim. Around 15,300 new cases of infections were reported on Sunday – the highest one-day total of any state. That took the overall total cases of infection to around 255,000 and deaths to around 4,200. More than 40 Florida hospitals have maxed out their capacities, Johns Hopkins University reported. As of last weekend, Miami-Dade had a total of 60,868 infections and 1,132 deaths, The Miami Herald reported. The total for Broward county was 28,253 and 455 deaths; Palm Beach County, 19,847 infections and 594 deaths; Monroe County, 544 cases and six deaths. This makes for a total of around 110,000 cases of infection and 2,000 deaths just in South Florida.

Florida Gov. Ron DeSantis has faithfully followed President Donald Trump’s lead on the disease, including his initial reluctance to urge social distancing and wearing masks; It was only last weekend that the president wore a mask in public. Like other pro-Trump governors, DeSantis was also eager to reopen the state, with the disastrous consequences now being experienced. Like Trump, DeSantis is now demanding that schools reopen — when the epidemic is raging almost out of control.

Contrary to the president’s assertion that the virus is “99 percent harmless” and will soon pass, health professionals such as Dr. Anthony Fauci, the nation’s top infectious diseases expert, insist that states have been re-opening too soon and there could be a terrible price to pay if they do not shut down again. Lack of prompt attention to the epidemic has already proved disastrous. As of early this week, 2.3 million Americans have been infected and more than 137,000 have died. Columbia University epidemiologists calculated that, if the social distancing imposed on March 15 had come just a week earlier, it would have saved 36,000 lives.

With that in mind, and with the “systemic racism” not ending any time soon, it is left for individual Americans to continue to safeguard their health by wearing masks and social-distancing at least six feet — simple and sensible, though admittedly burdensome, acts that can mean the difference between life and death, especially for the most vulnerable.