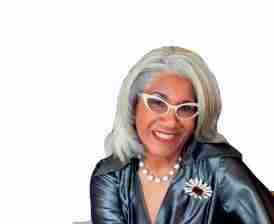 Emancipate yourselves from mental slavery, none but ourselves can free our minds!” Bob Marley left us with these words that ring truer today than ever.

We have all been slaves- once bound in chains, now locked up by poisonous rhetoric, miseducation, and/or blind faith.

Look at the debate taking place these days about being a “Black person” versus a “person of color” (POC).

I agree that either one is better than being called a “piece of s- – t” (POS), which is what so many folks in this country think about any/all non-white persons.

We should not forget what the current president has said- for years- about persons who are not from his tribe: “they’re rapists, they are bringing drugs, and some of them may be ﬁne people… …”; and, about those “s—t hole countries in Africa!

People, we don’t have time to debate the merits of being Black, Brown, mixed race, bi-racial, hyphenated, or non-white.

In this upcoming election, it matters little about your ancestry DNA, your parentage, the Island nation you’re from, which non-English language is native to your tongue, the texture of your hair, the color range of your skin, thickness of your lips, nor the width of your nose.

Regardless of your choice- Black, brown, or POC, choose at the voting place as if your life depended on it, because it does.

“We are,” says Joe Biden, “in a battle for the soul of America.” The democratic candidate for the president of the United States constantly reminds us what’s at stake in the 2020 election. That “soul” includes a widely diverse population under a very big-tent.

We must be clear about our fate and the quality of our lives (Black-looking males and females are targets for the malpractices of undertrained, racist, trigger-happy police ofﬁcers). At stake is the safety of our parents (the elderly is the most vulnerable COVID-19 victims), our children and grandchildren. We may not have another chance to survive the persistent and pernicious racism that has grown deep into the roots of this society.

Alas, the tree from which democracy has grown in the USA has been infected by a lethal fungus which has to be cured-from its roots, up.

Granted there have been many grafts onto this majestic tree of democracy (the emancipation from chattel slavery of those imported Africans and their descendants, humanitarian immigration policies, support of organized labor unions, operation of a two party politics, etc.), but many of the tree limbs have been allowed to rot along the trunk: exponential growth of hate groups, enhanced militarization of community police; creeping, nee advancing authoritarianism, ongoing threats to the pillars of institutionalized equanimity, to name a few markers of the rot Unfortunately, the water that flows to the roots of our tree of democracy has been poisoned and polluted with lies, conspiracies, vitriol, mean-spirited taunts and false accusations, clear divisions drawn between an arbitrary, but critical Black/white divide.

It won’t beneﬁt anyone to kill the tree, but the soil needs to be re-fertilized with enhanced nutrients: the original ideals and principles that held the promises for those seeking its fruits: equal justice, freedom of speech, and the right to the pursuit of happiness.

The Democratic ideals upon which the country was formed have not yet been met, and therein lies the conundrum. Do we continue battling the original revolutionary war (against tyranny, unfair taxation, freedom to worship without persecution, the opportunity and outlets to have our thoughts and ideas freely expressed, the right and privilege to take up arms in protection of the country from outside enemies, and to have a vote that will be counted (eventually extended to all men and women)?

Or, do we succumb to the mindnumbing, daily onslaught from pundits and prophets (of false narratives) that are designed to lead us away from critical thinking?

Again, from Marley: “We forward in this generation triumphantly.”

If you have more money now, is it secure? For how long?

Are you feeling safe? Can your children play freely outdoors? Are you free to birdwatch?

Are you affected by the corona virus? Lost someone?

Is your ﬁnger on some trigger? Where is your weapon pointed? At your neighbor?

Are you Black, a POC, or will you be just another POS?

If you can breathe and stand, then you must vote, Vote. VOTE. Toniwg1@gmail.com

Previous post Voting is here – are you prepared and ready?