Even in defeat, Trump will cast a long shadow over the political landscape 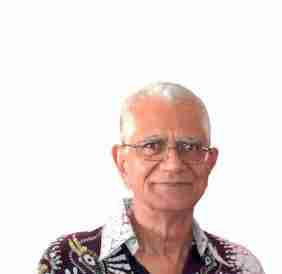 Tens of millions of Americans voted for Donald Trump for president in 2016 because, it could be argued, they did not know enough about him but wanted an agent of change and found him in this unconventional politician.

But, after seeing his performance over the past four years, hearing his speeches and reading his Tweets – complete with nearly 25,000 lies and misleading statements — his assault on democratic norms and his mishandling of the deadly coronavirus, it was reasonable to assume that voters would flee from him en masse in 2020. In fact, their number increased, from 62,979,879 to 74,196,153. Why?

Trump won in 2016 with an Electoral College majority through decisive support from a coalition of ultra-conservatives, Christian evangelicals and Catholics, ﬁnanced by billionaires, but he wasted little time after his inauguration consolidating his hold over the Republican Party which he appropriated and converted into a one-man operation. He used his popularity to silence potential critics. Those whom he could not shut up he deemed enemies of the people and the state. The president of the United States declared that Americans who opposed him were anti-America. Trump became America.

The vitriol in which he soaked those attacks spilled over onto his supporters, who cheered him on at mass rallies, even more convinced that his unyielding partisanship was somehow just what the country needed to get past the perennial gridlock of the two-party system. Trump, in effect, created for them a third party and the Republican Party leadership allowed it to happen. The party organized in opposition to the passage of the Kansas-Nebraska Act of 1854 opening the west to slavery, as Eric Foner noted in The Nation, fell into Trump’s hands and, despite what his supporters may believe, he used the power to advance his personal interests.

From the start, Trump was able to sense what his supporters wanted and he started his 2016 campaign by denouncing Mexicans as rapists and murders to launch a vendetta against immigrants. Such pandering to his base became a hallmark of his presidency.

The lead-up to the 2020 election hardened their support and he built enough credibility with them to make them believe his insistence that the coronavirus was a hoax, although it is surging, having killed nearly 300,000 Americans and sickened 14 million others, and, more recently, that he lost re-election to fraud, even though the courts have rejected his more than 40 lawsuits seeking to overturn the results. And, no doubt fearing Trump’s wrath, only 27 of the 249 Republicans in the U.S. Senate and the House of Representatives have publicly declared that he lost the election, The Washington Post reported as of Dec. 5. They have also refused to state publicly that he botched the coronavirus response.

It soon became clear, though, that Trump has been pushing the voter fraud angle mostly to raise money from his supporters, who, since October, donated nearly $500 million, The Post reported, at a time when dollars are difﬁcult to come by. He claims that he needs the money to pay for his lawsuits but in fact 75 percent of the funds will go to a political action committee, much of it for Trump to use as he alone sees ﬁt, The Post reported.

With his continued lament over alleged electoral robbery, Trump will leave behind a divided nation in which millions of Americans will regard President-elect Joe Biden’s administration as illegitimate. Governing will be vastly more difﬁcult than usual and efforts to destabilize the country further can be expected. To make matters worse, should the Republicans hold on to the two Georgia Senate seats in a runoff in January, Biden will have to contend with a Senate still led by a white Kentucky politician who had pledged to make the ﬁrst black elected to the White House a one-term president. Meanwhile, the pandemic will worsen in coming weeks, with continuing major adverse impact on the economy. It is a time when Congress and the president should work together to overcome the health and economic crises and also bridge the Grand Canyon-size rift in the body politic. That will be almost impossible so long as Trump lurks not in the wings but at the center of American politics. He has hinted that he will run again in 2024, which would mean four years of destructive campaigning. His legacy already includes a blueprint for losing Republicans running in elections to follow, as The Associated Press reported, further disrupting the democratic process.

Whatever Trump does, in the same way that apologists for the Confederacy created the myth of the “Lost Cause,” so too there will likely arise the ﬁction of the “Stolen Election” celebrating the biggest of Trump’s lies as if it were fact.

But Biden has some experience with sailing the ship of state in troubled waters as Barack Obama’s vice president during turbulent economic times created by another Republican, President George W. Bush, and he has stated that he will be “president for all the people.”

It was probably Abraham Lincoln or someone else who said, “Nearly all men can stand adversity but, if you want to test a man’s character, give him power.” Trump was tested. Now it is Biden’s turn.