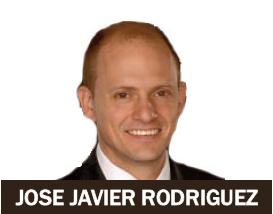 Imagine not getting a raise for nearly a decade.

That’s a reality for many hardworking Americans across the country whose earnings are at the bottom end of the pay scale. The last time Congress approved an increase to the federal minimum wage was nine years ago this week. It was set to gradually increase from $5.15 per hour to $7.25 per hour, where it has stayed since.

In Florida, our minimum wage was created in 2004 when voters passed a ballot amendment setting it at $6.15 per hour. That amendment included small automatic increases every year, provisions which have survived hostile attempts by a Republican-controlled Legislature who at one point even sought to reduce — yes reduce — the minimum wage. Those small increases, however,

have not been enough and Republican leadership here has refused to allow a legislative debate on increasing our state minimum wage.

Those of us who support a gradual increase in the minimum wage do so because we believe no one who works full-time should have to live in poverty. We believe that we’re stronger when the dignity of honest pay matches honest hard work.

Unfortunately, many on the far right here in Florida and across the country oppose raising the minimum wage. Some of these politicians say we shouldn’t have a minimum wage at all. Donald Trump has been one of them. He advocates eliminating the federal minimum wage altogether. Going further, during the GOP’s primary he made the outrageous statement that wages are “too high” in the United States, a view far removed from the reality that working families face every day.

Trump’s record on good-paying jobs is bad. For all of his talk about getting tough on trade, Donald Trump undermines his credibility by making his clothing line in countries like Mexico and China.

It’s worse on the subject of wages. Here in Florida, rather than hire local’s many of Trump’s hotels rely on cheaper temporary foreign workers his companies apply to bring here in order to keep costs low.

Many on the far right have pushed misinformation about the minimum wage, presumably to satisfy wealthy campaign contributors and large corporations that will benefit financially from keeping wages low.

The truth is that gradually raising the minimum wage isn’t just good for low wage workers and their families, it’s good for the entire economy. Families have more money to spend on goods and services. A little more tax revenue and less spending on programs like food assistance help reduce the deficit.

Leaders in Congress and here in Florida should reject Trump’s position on the minimum wage. Instead they should join those of us who propose gradually raising the minimum here and across the country.

Previous post Michigan – Will it become another case for Brown vs. The Board of Education?