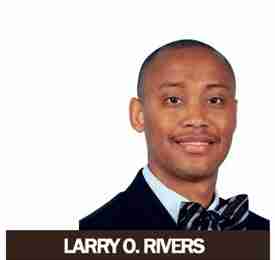 The new 2018 FAMU-FSU College of Engineering agreement succeeds in reigning in the formerly out-of-control Joint Council but fails to restore FAMU to equal partnership in the program’s operations.

FAMU and FSU’s federal accreditor, the Southern Association of Colleges and Schools (SACS), has long mandated that a SACS-recognized governing approve a member institution’s annual budget. Since the Board of Regents’ dissolution in 2001, a Board of Trustees has functioned in that capacity at each Florida public university, voting to adopt the 12-month spending plan of the school it supervises. Upon its creation, the FAMU board began providing the SACSrequired ratification of the engineering college’s annual budget, as FAMU was the direct recipient of the program’s recurring and facilities appropriations.

This changed in 2015 when a Joint Governance Council replaced the engineering college’s former Joint Management Council, usurped the FAMU board’s budget approval role, and requested that the college’s appropriations be dispersed to FSU rather than FAMU. The university system chancellor stated emphatically in a memo to the two universities that “budget recommendations and decisions reside appropriately with the Joint College Dean and with the Governance Council” and “FSU’s new role as the College’s fiscal agent does not translate to budget control but is a purely administrative responsibility.”

Unsurprisingly, it did not take long for the Governance Council to backpedal. In 2016, it hurriedly reverted back to a “Management Council” and drafted a new agreement that said FSU would exercise “fiduciary responsibility” for the college’s budget, meaning the budget vote required for SACS compliance would come from FSU’s Board of Trustees. The plan also said FAMU’s president would select the dean, a position the two presidents had previously filled through a joint decision.

By asking FAMU’s board to authorize the new agreement, the Joint Council finally offered appropriate – though belated – deference to the policy-level authority of FAMU’s trustees. However, the document did not reinstitute parity between FAMU and FSU.

FAMU originally received permanent financial oversight of the joint college as part of a 1987 compromise that placed the program at FSU’s preferred building site. Hiring, paying, and serving as tenure home for the dean is in no way comparable to controlling millions of dollars.

The transfer of the College of Engineering’s budgetary fiduciary responsibility from FAMU to FSU stands in the same legacy as the transfer of FAMU’s first College of Law to FSU. Both coups were executed through backdoor politics and then enforced with pressure tactics to discourage dissent. And both opted to shortsightedly benefit FSU at the cost of being on the wrong side of history.

Larry O. Rivers, Ph.D., is a historian and FAMU alumnus who wrote a book on the FAMU College of Law published by the FAMU Foundation, Inc.