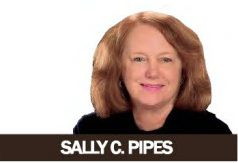 The Trump administration is planning one of the biggest changes to Medicare in decades.

The change would threaten patients’ health and discourage companies from funding experimental treatments for deadly diseases.

The rule impacts Medicare Part B, which covers drugs administered via shots and IV drips in hospitals and doctor’s offices.

Most cancer treatments, for instance, are covered through Part B.

Part B drugs cost more in America than in countries like Canada and the United Kingdom, which impose strict price controls on prescription drugs. If bureaucratic agencies — such as Canada’s Patented Medicine Prices Review Board — deem a drug too expensive, they refuse to cover it.

Apparently, the Trump administration thinks these countries have the right idea.

Officials believe that tying Medicare reimbursements to the average patients prices paid for drugs in a handful of foreign countries, where price controls are common, would reduce Part B drug spending.

Americans have little to gain and much to lose from statist price controls.

Drug development is risky. It can take decades and cost a staggering $2.9 billion to develop a new medicine. Most experimental drugs never even make it out of the lab.

Manufacturers fund future research with the revenue from just a handful of successful products.

The rule would make drug development far less appealing. If the potential return on investment were capped, companies would have little reason to spend billions trying to develop new medicines.

History shows us what happens to drug development when price controls are employed.

Europe was a hotbed of drug innovation in the 1970s, producing over half all drugs worldwide. But European nations gradually ramped up price controls in the ensuing decades.

U.S. leaders resisted that temptation — which explains why America now attracts 75 percent of global biopharmaceutical venture capital investments and develops more than half of the world’s medicines, while Europe invents a mere third of drugs.

Price controls may yield some short-term savings, but they would cost patients dearly in the long run.

Next post There was another mass shooting in America, again

The U.S. is breaking records for all the wrong reasons