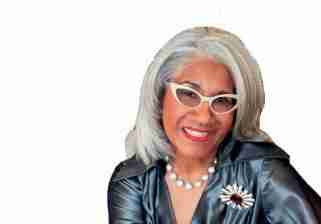 So, I’m all strapped in and ready to go on the regularly scheduled roller coaster ride, aka, the presidential election.

My expectation is high and I know I will not be disappointed-lots of thrills have been promised by the biggest and best roller coaster ride, ever!

Over the next 6 weeks, I look forward to the centrifugal tugs and pulls on my body and soul from the upswings, deep dips, and more. And, one of the most beautiful things about this current political season, is that I won’t have to leave the comfort of my home to be taken on this wild ride. I hope to keep my popcorn bowl ﬁlled.

In anticipation of the ‘circus’ coming to town every four years, I am reminded of the song, Signifying Monkey- the clean version, and I have substituted the main characters: The Monkey is the fringe source of information; the Lion is one of the major political parties; and the Elephant, is the other major political party. Just a little reminder that in the song, the signifying Monkey started a ﬁght by “signifying” (telling scandalous lies to manipulate the Lion and Elephant into ﬁghting- all for his viewing pleasure). The Lion is beaten- not killed- by the Elephant, but it doesn’t end well for the Monkey.

The Lion seeks revenge on the Monkey for setting him up for a ﬁght with an Elephant (they are not natural enemies), and proceeds to beat the Monkey into a pulp. Before being killed by the Lion, the Monkey begs for his life, manages to slip out of the Lion’s grip, and scampers up a tree to where he and all his descendants have been banished for their lifetime (for generations).

But the monkeys, aka the fringe media, continue to signify. They might be still up in the trees- you know certain television networks, some talk radio, a few newspapers, podcasts, many Facebook and Twitter posts, etc., stirring up trou-

ble between the two major players in the proverbial political jungle- where Democrats, and Republicans rule- but they’re also constantly throwing scandalous stuff down.

I don’t have an argument with the legitimate media-the ones that continue to present veriﬁable facts and “news we can use.” They have a job to do, and when done well, their report of news keeps us focused.

Afterall, dissonance and tension keep all of us on our toes. That’s how American Democracy was designed: under representative government, under three separate branches, led by a political party system which allows the people (in this country, every eligible voter gets an equal opportunity) to weigh in on the merits of opposing ideas, and then able to vote of matters for which the majority will rule – until the next time. Oh, how I long for such a pure and unadulterated form of Democracy. But did we ever have that?

If you are a student of history, or if you have only seen the musical, Hamilton, you have an understanding of the role of the ‘newspapers’ in the founding of the country. A free press has always been encouraged.

But there has always been some species of Signifying Monkey scampering around the political process since the founding of this country.

The big difference now is that ‘news’ is instantaneous and leaves so little time to ﬁlter out the dribble. It’s not a pretty picture, especially with the plethora of highly visual platforms.

In the 2020 campaign, and even several years before, the USA elections have been at the mercy of “outside” interferences, terror attacks from within by fringe elements- on the ‘right’ and the ‘left’, leadership that has defected to a minority of the electorate, fractured political platforms in the ‘other’ side’s agenda, and more.

Some of us have been tardy to the party. We are just catching up to what has been real about American politics, the elections and the exposed underbelly of race, class, caste and willful spread of lies, disinformation and manipulation we hear and read about, daily.

What we are left to contend with in the 2020 presidential election is a gravely wounded Elephant, a defanged Lion, and a bunch of Monkeys who have dared to come down from their trees.

But we have the power to banish the Monkeys; keep them in the trees. We can make independent decisions. But we must vote. Vote. VOTE. Toniwg1@gmail.com