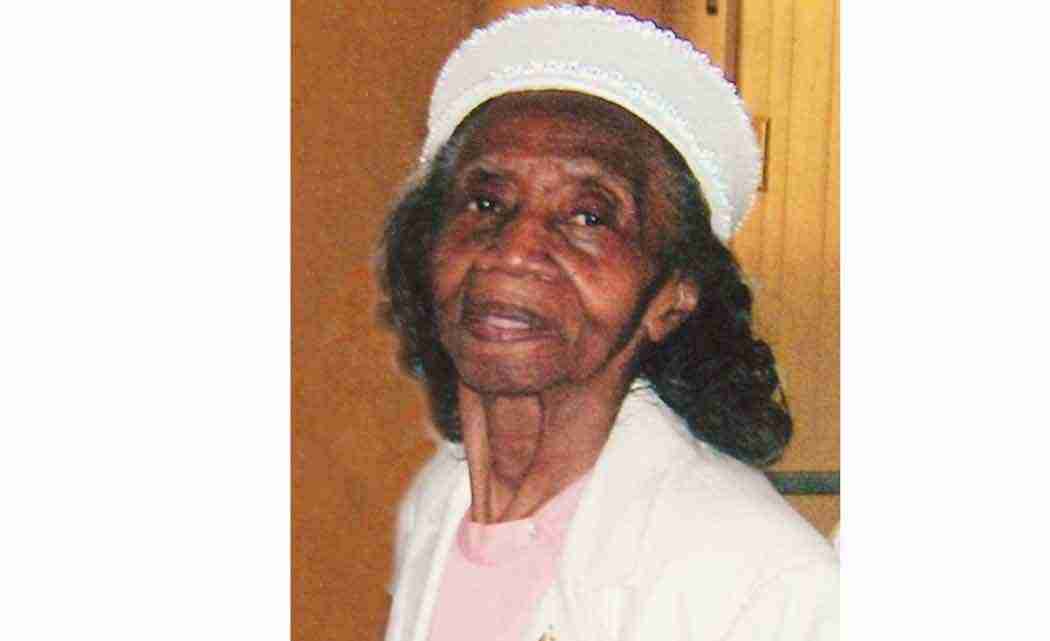 By TODD KLEFFMAN
The Advocate-Messenger

DANVILLE, Ky. (AP) — The Church of God of America is dead.

A fire in 2010 that leveled its Danville location on Martin Luther King Boulevard started the death spiral.

A “hostile takeover bid” by a splinter group of church members with designs on the insurance money from the fire further weakened it with allegations of greed and corruption.

When Ollie Mae Napier, one of the proudest and most stalwart members of the church that was founded in Danville in 1919, died recently, The Church of God of America drew its last breath.

“I feel like the name Church of God of America has been tainted,” said Tim Napier, bishop, president, pastor and life-long member of the church that is now only a memory. “My mother’s death closed the final chapter. She was the last one of the older members who helped make the church what it was.”

His mother’s passing aside, this is hardly a sad time for Napier. He’s not in mourning for his old church because he is too excited about the new one that will rise in its stead.

The name of the new church is self-explanatory: New Birth Temple of Deliverance Ministries. Napier has been envisioning it since the fire five years ago.

“It’s been impregnated in me for a long time, and now it’s ready for deliverance,” Napier said recently while sitting in the foyer of the new church.

New Birth Temple is a $1.5 million, 8,000-square-foot worship house sitting on 14 acres off Perryville Road about a mile west of the Danville bypass. It is in the final stages of construction, and Napier hopes to hold the first services there no later than the first Sunday in September.

Napier has taken to calling it “the church of the broken bricks,” a name that is layering in meaning for him.

He tells the story of finding half an old brick while doing site preparation for the new church and discarding it into a Dumpster. Something about the brick later caught his fancy so he returned for it, expecting to have to dig through a pile of trash to find it, but there it was, in plain sight, waiting for him.

New Birth Temple is constructed of new bricks that have been treated to look like old ones. The intent is to give the new church a comfortable, well-worn, established feel, Napier explained.

Broken bricks also can describe the kind of people New Birth Temple plans to minister to:  those who might feel unwanted, forgotten, discarded or looking for a renewed purpose in life.

“We refuse to be the same old church. We want to put feet on our faith and get outside the four walls of the church building and into the community to help people no matter their station in life. We want to be the place where people feel they can start over with God in their lives.”

Those are not Napier’s words. They belong to James M. Hunn Jr., Napier’s nephew and the new church’s information officer who Napier brought on board to help with New Birth Temple’s launch.

Hunn is a Danville native who recently returned after a 27-year career in the Air Force and serving in military ministries around the world.

Hunn grew up in The Church of God of America, enduring its Pentecostal prohibitions against dancing, short pants and sports competitions.

“I got into trouble for going to my high school prom,” he recalled.

New Birth Temple “will still have a Pentecostal flavor” with lively, music-filled worship services but without the restrictions likely to put off a modern churchgoer, Hunn said.

Hunn shares Napier’s vision of creating a truly integrated church in Danville, where folks of all races, denominations, income levels and life experiences can come together for fellowship, prayer, comfort and doing good works.

Napier said the new church will have a computer lab and host after-school tutoring sessions, offer substance abuse counseling, provide shelter during disasters and serve up a free community meal at least once a month in its fellowship hall that is equipped with a commercial kitchen.

“We intend to reach out to this community and be a real asset,” Napier said.

Getting to this point has not been an easy road for Napier. His dream of a new church has been deferred about two years longer than anticipated and was nearly derailed by a schism in The Church of God of America that was fueled by $918,000 in insurance money from the fire.

In 2013, members of the church’s Somerset contingent filed a lawsuit in Boyle Circuit Court against Napier and other church leaders accusing them of using the insurance money for their own enrichment.

The lawsuit also claimed Napier was never properly installed as the church’s bishop and president and sought to strip him of those titles.

Along the way, the plaintiffs, led by former Church of God of America pastors Eric Barnes and his son Justin Barnes, sought an injunction to halt construction of the new church. It wasn’t successful, but the allegations of misappropriated funds effectively dried up Napier’s efforts to raise money.

Instead, the church took out a $300,000 loan to keep the project moving forward, he said.

The lawsuit was finally dismissed last month, after the plaintiffs, having gone through two lawyers, failed to respond to the church’s motion to dismiss the case.

“I think it really lifted a burden off of Tim and now he can focus on getting the new church up and running,” said attorney Bill Erwin, who defended Napier and his co-defendants.

After weathering the trials and tribulations of the past five years, Napier is justifiably proud in showing off New Birth Temple of Deliverance Ministries. He fairly beams as he points to spots on the walls behind the pulpit where the giant flat screen TVs will soon hang and describes the mural that will soon be painted above the baptismal pool.

He is filled with anticipation as he imagines the day coming soon when the new pews are filled with new people uplifted by a new message of hope and change and making good things happen. He’s looking forward to the “amens” and “hallelujahs” and voices raised up in song.

“Our music is really going to pop,” he said, smiling.

The trouble is behind Napier now. He feels vindicated, full of high spirit, ready to roll up his sleeves and get down to the job he feels called to do — raising up a new church.

“Everything that was intended for my evil has turned into my good,” he said.