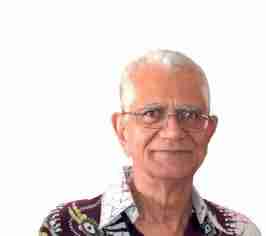 Black Lives Matter protests sparked by the horriﬁc police killing of George Floyd drew half-million people in some 550 places nationwide peaked on June 6. Four polls estimated that between 15 million and 26 million protestors overall have taken to the streets, making this “the largest movement in the country’s history,” The New York Times reported.

Floyd’s killing has been the catalyst but the background was laid by Patrisse Cullors, Alicia Garza and Opal Tometi, who founded Black Lives Matter on July 13, 2013, in response to the killing of Miami Gardens resident Trayvon Martin on Feb. 26, 2012. It expanded to 30 chapters worldwide.

But this is not the ﬁrst time that African Americans’ demand for racial justice has resonated abroad. In July 2016, after policemen killed Philando Castile – like Floyd, a Minnesotan – and Alton Sterling of Louisiana, protests erupted in countries such as Canada, England, France, Germany, Holland, Ireland, Senegal and South Africa.

The rest of humankind have discovered a kinship with American protestors not only in their own experiences of police brutality but also in the racism in their countries. It is a grim reality which reaches back to European and American invasions and occupation of non-white nations and the enslavement of mostly Africans and their legacy which includes brutal suppression by those hired to protect the “system of racial hierarchy,” as Harvard professor Randall Kennedy put it.

It should be no surprise, therefore, that symbols of white conquest and white supremacy are under attack and police reform demands are being coupled with calls for a world order free of that history. It ﬁnds expression, for example, in reports that China is cracking down on Africans in the city of Guangzhou. In France, delivery driver Cedric Chouviat pleaded, “I’m suffocating,” as he died in a policeman’s 22second chokehold.

In Belgium, women ripped from their Congolese mothers as children and placed with Belgian Catholic missions are demanding reparation. In Denmark, two white brothers tortured and killed Phillip Mbuji Johansen; prosecutor Benthe Pedersen said it was “a personal relationship that has gone wrong.”

Some United Nations employees formed UN People of African Descent (Unpad) to press for action against racism in the New York-based world body whose secretary-general, Antonio Guterres, had to rescind a memo banning staff from Black Lives Matter protests.

In the U.S., Alexandra Villarreal, writing in The Guardian, pointed to the decision by the Trump administration to scrap plans to replace the image on the $20 bill of Andrew Jackson, a notorious racist, with that of abolitionist Harriet Tubman. Villarreal noted also that Francis Scott Key, who wrote the American national anthem, was “a slave owner who abused his authority as district attorney to persecute Black men and abolitionists.” George Washington, Thomas Jefferson and Benjamin Franklin owned slaves.

This and more created a “bloated catalogue of racist iconography,” as Villarreal called it, and are part of what Sherwin K Bryant, a Northwestern University associate professor, dubbed a “built environment” of racism: “Every single arena and area of American life is dominated by a kind of worshipping of whiteness.”

America started out as “a slave society” which “doubled down on the British Empire’s project of colonial domination” and “contributed to the worldwide spread of white supremacy,” Villanova University professor Elizabeth Kolsky wrote in The Washington Post. “After America declared independence from Britain, both countries maintained powerful traditions of racism and violence that were distinct and interconnected. … The British and American empires mutually reinforced the notion that black and indigenous lives did not matter.” “The knee to Floyd’s neck has provided black and indigenous peoples with a metaphor to express their own centuries-long experiences of and struggles against systemic racism. These protests are not only expressions of solidarity with black Americans — they represent a collective reckoning with a past that is not past,” Kolsky wrote.

The struggle against racism in the U.S. is older than the republic, starting with the indigenous peoples and continued by the enslaved Africans, down to the Black Panthers and now the rebellion against police brutality and the system it protects. For 400 years it has witnessed the slaughter of indigenous peoples, lynching of African Americans, the martyrdom of Martin Luther King Jr. and other civil rights heroes, the activism of the Black Lives Matter founders and the courage of Colin Kaepernick. The journey to equality has been long and is paved with the bodies of many Americans and others around the world.

But whether the fury now unleashed will ﬁnally produce fundamental changes remains to be seen. In the U.S., at least, the reality is that Kaepernick drew criticism for refusing to stand for the American flag but the Confederate emblem honoring a bloody act of treason is revered by many of those same critics.

It could indeed be, as Rhode Island Democratic Sen. Jack Reed said about the move to abolish Confederate symbols, that “we’ve ﬁnally come to grips with our history.” But if that optimism is misplaced, protestors could ﬁnd themselves thinking that, as Confucius put it about 2,500 years ago, “Rotten wood cannot be carved.”

Next post The U.S. is breaking records for all the wrong reasons