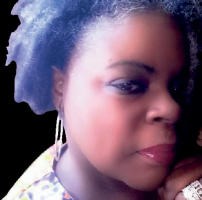 In a press conference held Saturday, Gov. Brian Kemp chastised the MLB for relocating the All-Star Game and draft, both previously scheduled for July, in reaction to Georgia passing a voter suppression bill into law. The “Election Integrity Act of 2021” which was signed into state law in Georgia last week, makes voting more difﬁcult and restrictive for Black voters according to voting rights activists. Other critics of the new law suggest that the measure was put into place because of the state flipping blue in November 2020 and the Democratic Senate win in January 2021. President Biden calls the law “Jim Crow in the 21st century.” In response to the enacting of the controversial “Election Integrity Act of 2021,” other corporations based in Georgia have joined MLB in publicly denouncing the law.

Delta CEO Ed Bastian opined in an employee memo that "after having time to now fully understand all that is in the bill, coupled with discussions with leaders and employees in the Black community, it’s evident that the bill includes provisions that will make it harder for many underrepresented voters, particularly Black voters, to exercise their constitutional right to elect their representatives.” Calling the law “unacceptable” Bastian explained why Georgia and over forty states are relentlessly pushing voter suppression bills through state legislatures by adding that “the entire rationale for the bill was based on a lie: that there was widespread voter fraud in Georgia in the 2020 elections.”

Coca Cola CEO and Chairman James Quincey conveyed a similar sentiment of disappointment in a statement remarking that "we all have a duty to protect everyone’s right to vote, and we will continue to stand up for what is right in Georgia and across the U.S." This brought the displeasure of eight Republican state representatives, Victor Anderson, Clint Crowe, Matt Barton, Jason Ridley, Lauren McDonald III, Stan Gunter, Dewayne Hill and Marcus Wiedower. In a letter to Kevin Perry, president and CEO of the Georgia Beverage Association, signed by all eight of the House representatives, the latter accused Coca-Cola of perpetuating “a national dialogue” that “intentionally misleads the citizens of Georgia and deepens a divide in our great state.” So, in direct response to Coca-Cola’s reaction to the “Elections Integrity Act of 2021,” Georgia Republicans have called for the removal of all Coca-Cola products from its premises remarking that “given Coke’s choice to cave to the pressure of an out of control cancel culture, we respectfully request all CocaCola Company products be removed from our ofﬁce suite immediately.”

Gov. Brian Kemp made the assertion “that cancel culture and woke political activists are coming for every aspect of your life, sports included. If the left doesn’t agree with you, facts and the truth do not matter.” Kemp continued by naming the “woke political activist” he holds responsible for the reactions of MLB and other corporations, stating that "this attack on our state is the direct result of repeated lies from Joe Biden and Stacey Abrams about a bill that expands access to the ballot box and ensures the integrity of our elections." However, in a press release issued on Twitter on Saturday, while commending MLB for taking such a strong and powerful stand against voter suppression, Stacey Abrams also pointed out that boycotting Georgia is not necessarily the beneﬁcial response at this time. “As I have stated, I respect boycotts, although I don’t want to see Georgia families hurt by lost events and jobs,” Abrams wrote, “Georgians targeted by voter suppression will be hurt as opportunities go to other states.” Minnesota congresswoman Ilhan Omar disagreed with Abrams and pontiﬁcated on CNN’s “State of the Union” Sunday that “we know that boycotts have allowed for justice to be delivered in many spaces…so our hope is that this boycott will result in changes in the law because we understand that when you restrict people’s ability to vote, you create a democracy that isn’t fully functioning for all of us.”

This is not the ﬁrst instance of a professional sports organization boycotting a state over a questionable law. In 2017, the NBA pulled out of holding its All-Star Game and All-Star Weekend activities in Charlotte after North Carolina legislators passed a law that required transgender people to use public restrooms that coincided with their biological gender, also known as the “bathroom bill.” NBA Commissioner Adam Silver stated that the law was “inconsistent with the core values” of the NBA. The NBA was not alone in boycotting North Carolina. Many entertainers like Bruce Springsteen, Demi Lovato, Nick Jonas, Ringo Starr, Lionsgate, and the NCAA all cancelled scheduled events and performances. It is estimated that North Carolina’s financial loss could total upwards to $4 billion dollars in revenue by 2027.

Georgia could see the same fate. Data tabulated reports that Georgia Tourism, a division of the Georgia Department of Economic Development, saw a revenue of $66.2 billion dollars in 2019. The entertainment industry in Georgia, also known as “the Hollywood of the South,” with more than 92,000 Georgians actively employed, netted $9.5 billion in 2018 according to the Georgia Film, Music and Digital Entertainment Office. Gov. Kemp acknowledged that “the Georgia tourism industry is a leading contributor to Georgia’s economic growth and prosperity.” A potential boycott of the state could very well be a costly consequence of “The Election Integrity Act of 2021” Kemp signed into law. Currently there are four lawsuits challenging the new law on the grounds of being “unconstitutional and discriminatory.”