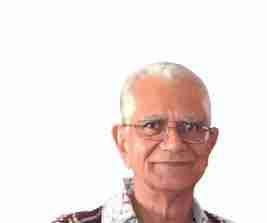 Democracy ﬁnally prevailed in Guyana on Sunday, Aug. 2, when a new president was sworn into ofﬁce, marking the end of a disgusting exploitation of the electoral and legal systems that lasted more than 150 days after polling and more than 18 months after a no-conﬁdence vote toppled President David Granger’s ruling coalition.

Even before the change of government, some commentators were saying that Granger’s delay tactics may have foreshadowed what the United States could face if President Donald Trump loses the November 3 elections. In the case of the English-speaking South American nation of 750,000, the political struggle has always centered on race – between the majority IndoGuyanese and the Afro-Guyanese. In the United States, race could also play a decisive role but with a twist: It is the majority whites who would feel disenfranchised and who have been increasingly complaining that they face an existential threat from the increasing number of nonwhites. Trump has been diligently exploiting this anxiety into his rhetoric.

“In the United States today, political parties and their most ardent supporters feel a sense of urgency like those in Guyana. The country’s polarization has paralleled its ethnic diversiﬁcation,” George Mason University professor Justin Gest noted in Foreign Policy magazine on July 29.

For the U.S., crunch time will be noon on Jan. 20, when Trump or Democrat Joe Biden should be sworn into ofﬁce. “If Biden were to notch a narrow victory, Trump could look to contest the results and claim he’d actually won,” Peter Nicholas wrote in The Atlantic. “He could put the military and other tools of presidential power in an awkward spot, pressuring them to pick sides and untangle competing claims about who won. A supine Justice Department led by Attorney General William Barr might bolster Trump’s claims by putting out statements that the vote was tainted.”

Trump has been setting the stage for just such a possibility, most recently by attacking the integrity of mail voting. Also, when Chis Wallace on Fox News Sunday asked him on July 19 whether he would accept defeat, he brazenly replied, “I have to see. No, I’m not going to just say ‘yes.’ I’m not going to say ‘no.’” But while a constitutional nightmare may be in the making for the U.S., Guyana managed to pull back from the brink of confrontation. That is largely because, while Trump may have “a supine Justice Department led by Attorney General William Barr,” Guyana has Claudette Singh, a retired high court justice whom Granger, as president, appointed in July 2019 to head the independent Guyana Elections Commission (GECOM) which oversees electoral matters.

Singh won international acclaim for how she conducted the elections, steering the process through two attempts to rig the vote count and several nuisance court cases, despite death threats. “There is a bounty on my head from Friday night,” Singh told the media on April 20. “I am not afraid because death is inevitable, and I believe in God.”

The ﬁnal count showed the opposition People’s Progressive Party-Civic, headed by Mohamed Irfaan Ali, 40, whose supporters are mostly IndoGuyanese, winning 233, 336 votes, or 50.69 percent, and 33 seats in the 65seat Parliament. Granger’s A Partnership for National Unity/Alliance for Change (APNU/AFC) won 217,920 votes, or 47.34 percent, and 31 seats. A coalition of small parties won one seat. Granger, who refused to concede after the March 2 elections until a unanimous appeals court ruling against his party and Singh’s declaring the results. But he still plans to ﬁle an election petition in the courts to seek to overturn the results, local media reported.

Meanwhile, Ali, who has a doctorate in urban planning and is the ﬁrst Muslim president of Guyana, named a 19member cabinet which is racially mixed but with Indo-Guyanese in the majority. In a reversal of sorts, while Granger, an Afro-Guyanese and former head of the Guyana Defence Force, had an IndoGuyanese, Moses Nagamootoo, as prime minister; Ali, an Indo-Guyanese, has as prime minister Mark Phillips, an Afro-Guyanese and also a former army chief.

There are no indications of how the new government will spend the tens of billions of dollars that will flow annually from recently discovered oil. Ali may also want to revisit the petroleum agreements which some experts say are skewed in favor of the oil companies.

Ali did signal that he will investigate what went wrong in the elections. The Atlanta-based Carter Center, which has a history of helping Guyana with electoral reform but was denied entry to observe the crucial second counting of the ballots, called for “fundamental electoral and constitutional reforms.” The Organization of American States (OAS) said it will offer recommendations to address “weaknesses” in the system.

Ali announced Saturday that he will establish a commission to conduct a “review of events related to the electoral process over the last ﬁve months… to determine, forensically, exactly what transpired, and to hold accountable any persons who sought to pervert and corrupt the system.”

The OAS, the Caribbean Community and several other international organizations, along with around 100 countries, rejected Granger’s claim that he won, pressure that likely convinced him to concede. The State Department slapped visa restrictions on those who tried to sabotage the outcome.

It would be ironic if the U.S., in the forefront of defending democracy in Guyana, ends up having to wrestle with a similar crisis should Trump lose and refuse to leave ofﬁce.