Here’s why Oprah should run for president 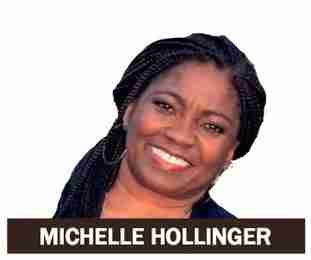 This country has had a deeply troubled, schizophrenic relationship with blacks ever since it forcibly brought Africans here and enslaved them for hundreds of years. It loves virtually everything about us – our skin color, lip size, swag, style, rhythm, athleticism, artistry, etc. etc. etc.; BUT it hates our existence. The problem the country has with black people actually has nothing to do with black people – and everything to do with white folks’ disconnection from who they really are, but I digress. I was about to explain to you why Oprah should run for president.

The country is severely wounded. It has been for a very, very long time. The country has begun to heal (stay with me) and Oprah as president would be a powerful factor in America continuing its healing process.

In the New Thought movement, a process called ‘chemicalization’ happens when spiritual progress is being made in a person’s life, but underlying unresolved issues that block complete healing lurk beneath the surface. The idea is that in order for the healing to be complete, all of the unhealed gunk from the person’s past must rise to the surface for an opportunity to be addressed and potentially healed. As it relates to the United States, chemicalization explains why the election of Donald Trump is a part of the country’s healing process.

Trump’s victory brought to the surface nasty racial vitriol that many naively believed no longer existed because Barack Obama was elected. Some of it surfaced during President Obama’s two terms, but we didn’t really get the full scope of what lay beneath until Trump stoked the animus during his campaign, and as this nation’s leader. Racists came out of the woodwork in record number in a boldness not witnessed since Bull Connor himself ran around, led by the ignorant hatred festering in his blood.

There have been not so veiled attempts to turn back the clocks as they relate to black folk in this country. Efforts to prevent the black vote take on myriad disguises (although Alabama is an example of how unstoppable black folk are when they decide to be.) Blacks are still killed by police officers who largely go unpunished. Dog whistles from Trump and his crew make no secret of their true feelings about the black and brown citizens of this great land; that was built by and on the backs of blacks. The Ku Klux Klan even experienced a re-birth; pulling out their dingy white sheets; apparently seeing in Trump the all clear for unbridled hatred and its according violence.

Ideally, the next three years will suffice for the ‘chemicalization’ process to allow most, if not all the remaining racial gunk to surface so we can deal with it. A President Winfrey would be the ideal leader to guide us through the morass. Oprah can convene friends like Deepak Chopra, Iyanla Vanzant, Ekhart Tolle and Tony Robbins; spiritual giants capable of crafting a soulful blueprint to truly make America great.

Oprah has demonstrated a proven ability to connect with the souls of all folk.

During the phenomenal 25-year run of the Oprah Winfrey Show, she helped people come face to face with the truest parts of themselves. Her message of living your best life resonated with people from various racial persuasions, both genders and all walks of life. Oprah has a way of nudging people to search their souls and her finger remains on the pulse of what we all have in common.

African-Americans and America’s fractured relationship with them represent America’s best opportunity to heal. Race, more than any other issue, continues to be what blocks the United States from realizing its truest potential. Oprah as president would push unhealed white America to choose: Continue living ignorantly from its misconceived notion of white supremacy. Or tap into the authenticity of its soul and either participate in the country’s complete healing or step aside and let the rest of us do the work unimpeded.

Michelle Hollinger is acting editor of the South Florida Times, publisher of The Sisterhood and author of the book, ‘Worthy,’ scheduled for release in Feb. Contact her at michelle@thesisterhoodmagazine

Next post Deporting the ‘Dreamers’ will be an unconscionable act