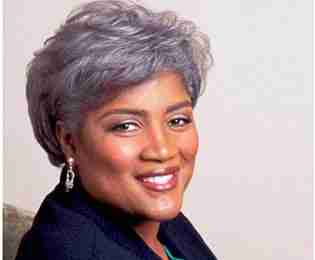 The silly season, aka Halloween, is over. We are about to usher in the season of thanksgiving and peace on earth.

But, I’m feeling rather hum bug about it. Lately, the general air has been heavy with pollutants: environmental emissions, yes, but also poison from fire-breathing evangelicals, hypocritical politicians of all stripes, pundits, and even my neighbors (you are my neighbor). I’m exhausted from trying to keep my peace of mind.

And Cerberus, the three-headed dog in Greek Mythology, has left his guard post at the entrance to the gates of hell and been unleashed into the world.

One of his heads is “45” himself. (Just when I thought that there has already been enough said about him, he continues to tweet woe and war).

Cerberus’ second head is the very real Russian take-over of some revered American institutions and practices.

I just completed reading “Hacks, The Inside Story of the Break-ins and Breakdowns That Put Donald Trump in the White House,” by Donna Brazile. Throughout the reading, and especially after completing her recollection of the 2016 election, I came away with a deep foreboding for the future of politics and also for all things American.

And now, as if Trump and his minions, sense and the Russian cyberwar are not enough, here comes Cerberus’ third head: uncivilized men who pull out their hands, tongues, and dicks to assault people – mostly women – still, and again.

Does not matter if they are Republican, Democrat or Independent, public officials, entertainment moguls, or private citizens, the common denominator is that the accused are typically men in power. I know a thing or two about men in power who morph into bullies. I was married to one.

Make no mistake, power and control are the essential and overriding factors to be considered as we all wrestle to either accept the accusing women’s’ stories, or try to defend these men – their behavior being often unlawful; always unacceptable.

So now #metoo has joined the growing forms of protests (#blacklivesmatter, et al) for the right to just be in America, increasing our daily effort to navigate under the pressure from such madness and mayhem.

For instance, I tried to follow the tortured logic of some professed Christians, men as well as women, who used selected biblical references about the youth of wellknown females in the Bible who were in relationships with older men – the mother of Jesus was noted – to justify relations between underage girls and adult men.

Peace, be still! Reminder: we are a country of laws and must continue to be so governed, else we return to justifying inhumanity to our fellow man by using references in the Bible, like chattel slavery or ‘holy’ war.

This is where we are as we usher in another season of purported thanksgiving and peace: the uniquely American Thanksgiving, and Christmas – a worldwide celebration of a holy event during which we are offered myriad opportunities to give, give and give more – to this charity; save this child; buy this cow or sheep that will feed a family; support a wounded veteran, etc. And, we are encouraged to express gratitude – to be thankful for all we have: our material possessions; our health, family, and our relative peace of mind.

I do count my blessings, and I look forward to sharing time with family and friends, but I am finding it hard to get into the Holiday spirit, what with that unholy three-headed hound on the loose in my country.

That’s right. This is my county, and while I have never been one to wrap myself in the flag, this is where I chose to live. I have pledged some allegiances to it in full expectation of a fair return of my investments. Therefore, as a tax-paying, registered voter, and dues-paying citizen, I have certain inalienable rights!

One of those rights is to have peace of mind. I demand it.

In addition to that monstrous dog, I fear how that after-turkey-dinner induced sleep will be perilous to my remaining ‘awake’

I urge you, too, to not let the jingle of bells and the decked halls of holly render you deaf and blind to the shenanigans coming from the halls of Congress, the White House, the voting booths of Alabama, and other nefarious places where evil dogs (people) lurk.