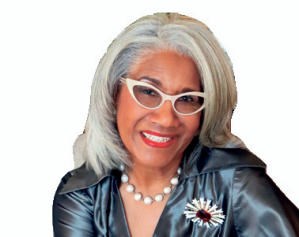 I am woman, hear me roar: My body. My choice.

Texas SB8 emboldens citizens to work on behalf of government and report on abortion seekers, and (the most insidious part of the law), receive up to $10,000 in payment from public funds.

Clearly, this bad law will be struck down as unconstitutional. But I fear that passage of similar State laws will continue to threaten Roe v Wade which, since 1973, allows access to safe abortions without excessive government restrictions.

Why enact such a draconian “law”? Is some greater good being served? And who beneﬁts most from having access to and control over a woman’s womb?

Certainly, only a few people are directly affected by the singular decision and action on the part any one woman who chooses to terminate a pregnancy.

I am fully aware of the unending arguments about the deﬁnitions to determine life, viability, or personhood, e.g., moment of conception (when?), ﬁrst heartbeat (ﬁve weeks), ability to survive outside the womb (22+ weeks gestation), and so on.

There are as many “opinions” about why any personal choice is subject to regulation, as there are people.

But even something as simple as a trafﬁc law is not equally applied, or adhered to 100%; they are not uniformly enforced or punished because those laws are adopted by local or state jurisdictions. There is no universal trafﬁc law.

But regulating a woman’s choice and agency over her own body? I don’t think so.

The next frontier is to begin a serious examination of the role of men in procreation; their heretofore unfettered reproduction prerogatives to remain unregulated, unbridled and unburdened.

Let’s be clear: terminating pregnancies – the age-old myths and beliefs about how to, and the various methods to perform them – has been a longpracticed human behavior found across all sectors of society, in every country, culture, religion and social orders. A simple Google search on the subject produces volumes of research and literature on the matter.

Historically, in America, responses to birth rates have been cyclical; deemed either too high (minority groups) or too low (Whites), which triggers constant debate and action. Not every regulatory action taken has been beneﬁcial to women who have continued to opt for termination of pregnancies, whether legal or not, and by any means necessary.

It has long been determined that unsafe procedures to terminate pregnancies cause unacceptable high levels of deaths, and that having a medically supervised procedure is preferable.

It has further been determined that society beneﬁts by reducing the number of women dying from non-medical pregnancy termination procedures. Saving women’s lives was determined to have an actual value. Thus, Roe v Wade has been recognized for providing safe terminations to those who chose to exercise their legal right to end a pregnancy.

And that has been good policy, for the beneﬁt of the many.

In this country, religion has long played a signiﬁcant role in shaping public opinions and has maintained a powerful leverage in shaping legislation. But it’s a slippery slope in a republic established on the principle of separation of church and State- when that principle is not practiced.

Additionally, the line between personal choice and public interest is blurred by legislation adopted for obvious political gain, not measured by the beneﬁt to society. I think that motivation is evil.

The Texas law also conjures up a dystopian future, if played out to its logical conclusion, might require girl babies to be registered at birth to allow an ‘authority’ to monitor their womb’s activity, and its product.

First, the womb. What’s next? Implants inside our brains?

I am roaring back: My body. My choice.

Next post A red flag on the West Coast