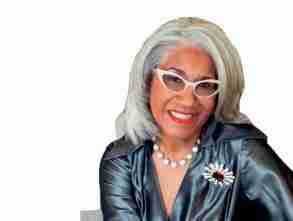 I know I’m in good company. I have heard you. I have read your social media posts. I have participated in Zoom calls where a chorus of complaints and pleas for sanity have echoed across the country since the November election of Joe Biden and Kamala Harris to the highest ofﬁces of the land.

Since then, we have all been waiting. Holding our breath has never been so painful, even as we have sighed in great relief.

Alas, it is time to take a deeper breath, and to hunker down into active participation. How?

Recently, I have reached some equilibrium after taking a little break from the 24-hour news cycle, and from knowing that the results of the election have been all but certiﬁed, and we will have a new administration.

But I take only small comfort in this small break because we have been left with large remnants of the past administration looming in the foreground.

“Norms” of American political life, the expectations of civil discourse and fulﬁlment of previous traditions have been discarded, never to return.

The “new normal” is where we live now, and like a closet purge, we better get used to getting rid of any/all of our old ideas and nostalgic ruminations about how it used to be, our notions of returning to previous day-to-day rhythms, or a return to business as usual.

No. It is a new day, requiring a new way.

Like our storied ancestors’ ability to make a way out of no way, the challenge for Black folk is to continue to do just that.

I always believed that Black folk have a predisposition to survive. I also believe it is a trait that has been passed down.

In fact, I believe that survival skills and our tactics to survive/thrive is our greatest form of capital/currency.

But many of us have forgotten how to leverage our innate abilities, and/or we have, too often, put them in the wrong investment buckets. Last week I watched a wonderful documentary on the public broadcast station titled “Driving While Black.” It covered the history of our physical movement in this country – ﬁrst forced onto slave ships; locked on plantations; monitored from “can’t to can’t”; and, currently to being proﬁled on every street.

The television program reminded me of how we made a way out of no way under each set of historical circumstance.

How can one measure the value of the post-emancipation efforts former slaves made to establish communities, create businesses, develop autonomy? Yes, we have been shackled, beaten, burned, tarred and feathered, lynched, neutered, locked away, and shot down dead, yet we are still here. These atrocities had value, too.

After all, insurance companies made a regular practice of valuing black bodies as property.

But I am challenged to calculate how much that survival/thriving characteristic is worth in the marketplace of ideas, movements, as a change agent.. For instance, we know that the Black vote was so valuable in the last election that the unseated president is trying to negate it, wholesale.

We see how the Black Lives Matter movement has been exported abroad and is forcing a reckoning in France. Transferable moral value.

The appropriation of our culture: style, music, language and other forms of creativity, has long ago been monetized by others.

Individual Blacks have been able to leverage their value; athletes and entertainers are at the top of that pyramid, and there are a few in the business community who are emerging.

But how do we value our collective selves?

What would it take to get the Black community at-large energized to leverage our collective worth?

I think it’s time to ramp up the proposals for reparations as an acknowledgement and measure of our real value. Marketplace value. Bankable value.

Perhaps 2021 can be the start of building back better by making a direct deposit into the coffers of Black folk – to individuals/families, to community-wealth-building entities, into Black-owned banks, into HBCUs, to make good on that blank check Martin L. King lamented he received after the Civil Rights movement came up short. If only. Toniwg1@gmail.com

Next post A Black love letter: Empowering the movement for Black Liberation