It’s not folly to be wise where ignorance is bliss 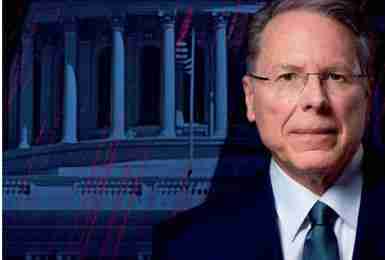 Two points of interest came out of the National Rifle Association’s annual general meeting held in majority black Atlanta at the end of April.

One was a video of the NRA’s executive vice president and CEO Wayne LaPierre calling on Americans to speak out “against the three most dangerous voices in America: academic elites, political elites and media elites. These are America’s greatest domestic threats.”

The other was a rare focus on African Americans and guns and NRA membership, which was examined by Max Blau of Politico in an April 30 report coinciding with the meeting. While whites rushed to buy guns when Barack Obama became the first black president, Blau reported that blacks are now doing the same, for a different reason.

The NRA seems to be pushing to expand its membership, which it claims is five million, to include more minorities, especially because of a drop of 14 percent in gun purchases in the first three months of 2017, compared with the same period in 2016. In contrast, more blacks are buying guns.

One reason is the election of Donald Trump as president and the gang of white supremacists swirling around him. The two-year-old National African American Gun Association – perhaps the premier organization for black gun owners – reported that its membership doubled since Trump’s election to 18,000. But blacks appear to be worried not just by the rise of the so-called “alt-right,” as the racists have rebranded themselves, but also because of a genuine safety concern.

Relations between the 146-year-old NRA and guns and Black America have been mixed. Blau noted that, in the 1950s, the association chartered a black chapter to help members fend off the Ku Klux Klan.

But those relations have dimmed as the NRA sought cover in the Republican Party and spends heavily to elect gun-friendly politicians and defeat those advocating controls.

The association has been so successful that gun control measures failed in Congress even after the massacre of 20 children and six adults at Sandy Hook Elementary School in Newtown, Conn., on Dec. 14, 2012, by a white 20-year-old gunman. Similar efforts faltered after the killing of nine members, including the senior pastor and state senator, of the Emanuel African Methodist Episcopal Church in Charleston, S.C., on June 17, 2015, by a 21-year-old white racist.

The NRA has refused to use the clout of its millions of members in any other issue, such as civil rights, preferring to focus on what it says is defense of the Constitution’s Second Amendment: “A well-regulated Militia, being necessary to the security of a free State, the right of the people to keep and bear Arms, shall not be infringed.”

The NRA can adopt this posture because of the U.S. Supreme Court’s generally generous interpretation of the Amendment. But the association has successfully obscured the fact that it is, essentially, an arm of the firearms manufacturers, who are enjoying a windfall from gun sales. Blau reported that the National Shooting Sports Foundation – another major gun lobby – estimated that the economic impact of the industry more than doubled to an estimated $51 billion last year, soaring steadily after Obama was elected to the White House.

And that is where the “elites” remarks of LaPierre, who is paid more than $1 million a year, are so instructive. They fit in well with the narrative of Trump and his administration, especially about the media. Neither the NRA nor Trump can stand the scrutiny of an informed and educated people so they label critics “enemies” not to be trusted. This is a tactic well known in countries where independent thinkers are seen as a threat to national security, meaning the rulers.

Lies masquerading as truth have fooled many Americans into taking positions against their own interests on a variety of issues, such as health care, the environment, voting rights and women and gender concerns – and the gun culture.

If African Americans determine that they need guns for their safety, it must be that argument, and not the propaganda of the firearms lobbyists, that they must take their cue from. But it is worth considering that it is really ridiculous to assert that more guns are needed in order to keep safe from firearms violence a nation that has allowed itself to be duped into becoming obsessed with guns.