Jeb Bush has a superior record to GOP contenders 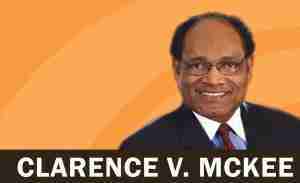 Remember how Republicans were shocked in 2012 over the Asian and Hispanic stampede to Obama and the Democrats? They were not surprised, and indeed expected blacks to again go all in for the first black President as they did in 2008.

Unfortunately, there was little concern that Obama got 93 percent of the black vote. The real shocker was that 71 percent of Hispanics and 73 percent of Asians joined them.

For months following the election, prominent GOP leaders said steps needed to be taken to make the party look more like America. Republicans were in “diversity shock”and change was needed now.

Former Florida Sen. Mel Martinez said, “If . . . Republicans had moved just a few percentage points of the Hispanic vote . . . it could have thrown the election to Romney . . . this is not a choice. It’s either extinction or survival.”

“There are glaring demographic shifts in this country that will not allow the Republican Party to compete unless immediate attention is paid”said Al Cardenas, then chairman of the American Conservative Union.

The Republican National Committee (RNC) was so concerned that it issued a March 2013 Growth and Opportunity Project report saying, “Unless the RNC gets serious about attacking this problem, we will lose future elections . . . The minority groups that President Obama carried with 80 percent of the vote in 2012 are on track to become a majority of the nation’s population by 2050 . . . The Republican Party must compete on every playing field.”

Kentucky Senator Rand Paul observed that the GOP was “old, stale and moss covered and”reached out to blacks at Howard University, calling attention to inequities in the sentencing process. Former Florida Governor Jeb Bush said, “Many voters are simply unwilling to choose our candidates because (they) feel unloved, unwanted and unwelcome in our party.”

With the 2016 GOP primaries barely a year away, the question is what has the GOP done to put its post 2012 election diversity words into action? One thing is certain, the list of potential GOP Presidential candidates is about as racially and ethnically diverse as the nation has ever seen including Hispanic-American Senators Marco Rubio of Florida and Ted Cruz of Texas, Asian-American Governor of Louisiana Bobby Jindal, and black neurosurgeon Dr. Ben Carson.

They are joined by an outstanding list of potential competitors including former Governors Jeb Bush, Mike Huckabee of Arkansas, and Rick Perry of Texas; as well as Senator Paul of Kentucky, former Senator Rick Santorum of Pennsylvania, and Representative Paul Ryan of Wisconsin.

It will be interesting to see which of the potential GOP nominees will pick up the mantel of inclusion and reach out to Asians, Hispanics and blacks, making it a key part of their agendas; building bridges to minorities based on issues like quality education for all, including school choice, minority business development, neighborhood revitalization, and individual freedom, to name a few.

After all, Obama will not be on the ticket, so there is no excuse for not making an effort to get between 10 to 15 percent of the black vote and matching G.W. Bush’s 44 percent Hispanic voter margins in 2004. 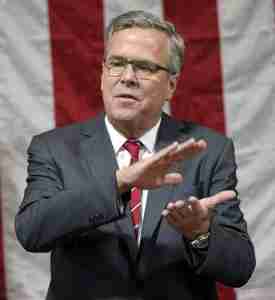 So, which of these potential nominees — based on their record — is best equipped to pick up that mantel and make it a key ingredient to win the presidency? As far as I know, there is no other Republican contender who can match Jeb Bush’s record in support for minority businesses, parental choice, excellence in education, and appointment of women and minorities to key positions including his own staff and state party organization.

He speaks fluent Spanish, has a Mexican wife and advocates a reasonable pathway to citizenship for illegal immigrants. On that issue as well the common core education agenda, he has explained his positions to those conservatives who might disagree.

I have known him and been a supporter for several years, seeing first-hand his commitment and energy on these and other issues.

Jeb Bush has a proven record of leadership, accomplishment and commitment. As far as I am concerned, the others have to show that they can match or exceed it.

Clarence V. McKee is president of McKee Communications, Inc., a government, political, and media relations consulting firm in Florida. He held several positions in the Reagan administration as well as in the Reagan presidential campaigns and has appeared on many national and local media outlets.