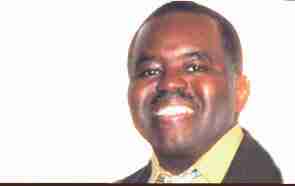 There are icons and giants, and then there are great men. Congressman John Lewis was a great Black man by anyone’s standard, and he worked until he took his last breath. As a Black man in America, he never stopped working for racial justice, equality, and non-violence. His mentor was the civil rights icon Dr. Martin Luther King Jr and his entire life was dedicated to the teaching of nonviolence, and “making good trouble.”

“Making Good Trouble” was a concept that Representative John Lewis has used his entire life. Rep. Lewis was an original freedom ﬁghter with the Freedom Rides in the 1960s, where he was beat up and put in jail by the police. This action started in 1961 with 13 Black and white students challenging segregation, and by the end of the summer there were hundreds of students. John Lewis was an organizer and activist, and where there was no justice, he gave the country no peace. The students were beaten many times at each stop by the Ku Klux Klan, and white sympathizers’, with chains, pipes and belts.

Many young men and women today think “Black Lives Matter” was started by them, but back in the sixties John Lewis was one of the originators. John Lewis was a radical, who believed it was time for a change and he lived with no fear.

“Do not get lost in a sea of despair. Be happy, be optimistic. Our struggle is not the struggle of a day, a week, a month, or a year; it is the struggle of a lifetime. Never, ever be afraid to make some noise, and get in good trouble, necessary trouble,” says John Lewis in June 2018.

John Lewis was arrested 45 times and probably there were many more that he is missing. There is no record on the different times he was beaten by the police until he was bloody, but he was never afraid of death, because he spoke to angels and our ancestors.

Some men spend their entire life wondering what to do with their life. John Lewis knew in his early 20s. He was a towering ﬁgure among the giants of the Civil Rights Movement.

“He was one of the so-called Big Six activists, led by the Rev. Marin Luther King Jr, and was a pivotal and oft-inspirational ﬁgure in some of the biggest moments in the drive for a more equal America,” says Adam Rosenberg of the Aol.

There is a movement in America to change the name of the Edmund Pettis Bridge, where Lewis in 1965 led 600 protesters in the Bloody Sunday march in Selma, Ala. The brutal assault by police that day, left him with a fractured skull, and he almost died. This incident drew condemnation around the world, and he won public support for the movement. Edmund Pettis was a member of the Ku Klux Klan.

In 1987, the son of an Alabama sharecropper was elected as congressman for Georgia, a position he continued to hold until his death. “His ongoing struggle for racial justice and equality earned him the nickname, the Conscience of Congress. Only last month, he voiced his support for the Black Lives Matter movement,” says writer Rosenberg.

“He loved this country so much that he risked his life and his blood so that it might live up to its promise. And through the decades, he not only gave all of himself to the cause of freedom and justice, but inspired generations that followed to try to live up to his example,” said President Barack Obama.

Many Americans believe that one man cannot change the world, but Rep. John Lewis is proof that it is possible. He was ﬁrst a radical activist and great civil rights leader that made change and forced America to live up to its promise. The last 33 years of his life, he was a politician who made laws, and kept his eye on the price.

As we acknowledge and honor this great Black American man and tributes have poured in from former presidents and political friends and foes, he was always true to his roots. Never be afraid to make some noise, and get in good trouble.

Previous post John Lewis, a bridge to our future