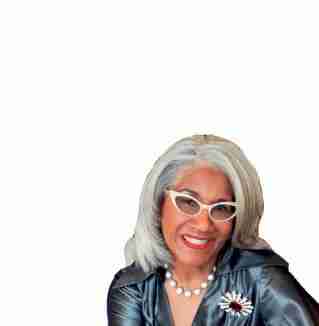 A bridge to our future has been built on the back of John Lewis, icon, lawmaker, moral leader, and overall good man.

An image of John Lewis as “the bridge” appeared in a powerful illustration which began to circulate on social media immediately after Hon. Lewis died, age 80, last week after his long battle with pancreatic cancer.

The bridge carries us over a bottomless chasm to our right to vote, for which Hon. Lewis has been at the forefront for over ﬁve decades; initially as a student leader, and most recently as a dean in the US Congress.

That no one can call John Lewis anything but good, is indisputable. Afterall, the title of a recent documentary of his life is “Get in good trouble, necessary trouble,” in which he advocates the necessity to demonstrate, and take to the streets.

He was recognized as the moral leader of the Congress, and he is being honored for his affable nature, his warm smile, his love of dancing, his willingness to engage with everyday people, and will most especially be remembered for his unbridled passion and zeal for justicefor all.

For John Lewis was the embodiment of an anti-racist.

I have to admit that I did not fully understand what being an anti-racist was until I ﬁnished reading “How to be an AntiRacist” by Ibram X. Kendi, which I completed a few days before John Lewis’s death.

The convergence of those two events marked another shift in my consciousness.

The convergence also came within a week of discussion about Blacks and anti-Semitism, opening a wound that has only been lightly bandaged over; covered up for too long.

But that convergence has also opened up my mind to explore Kendi’s research, theories, and instructions on being antiracist, as well as my reflections on John Lewis’s legacy. I had to dig deeper into my own racism and how that manifests.

I was compelled to look more closely at ideas and behaviors which keep me/us from treating everyone as deserving of equal justice; those things that John Lewis would have wanted.

No doubt, the laws of the nation need re-examination, and the history of white supremacy must be legislated out!

A daunting task, for sure. But baby steps are underway: systematic removal of symbols and monuments devoted to the preservation of white supremacy are being removed. A growing number of allies from across all spectrums of American society have joined in the demands for justice for Blacks, as well as other groups who have suffered under white supremacy policies.

But within our own communities of color, notions about elitism (country of origin, status/dates of entry into America, use/non-usage of standard English, levels of educational achievement, rungs achieved on the economic ladder, colorism, homophobia, gender bias, to name a few), must be eliminated in order to practice and participate in the antiracism movement.

And it is movement, ushered in by how Blacks are seeking more power through Black Lives Matter protests, the election of more Blacks into positions of leadership, the continued demonstration of excellence across all sectors, continued exhibition of high moral temperament, like John Lewis and others, despite ongoing racist terrorism being played out in front of the television cameras: on side streets in the suburbs, hanging nooses in NASCAR garages, knees pressed on the necks of Black men, murder of Black women in their beds by marauding po lice, and more.

So how does this work? How can Blacks be anti-racists?

Kendi gives us a brilliant theoretical and practical handbook, as well as his ﬁrsthand experience of his journey, as a black man, from being a racist to being an anti-racist. I encourage you to take the journey for yourself. The book also offers a listing of several additional books, essays, and historical references for further exploration.

John Lewis showed us how to live as an anti-racist. We should all try to follow his example. He would have wanted us to make that close examination of ourselves.

And please remember that if for nothing else, John Lewis’s advocacy to restore the 1965 Voting Rights Act must be given full support, not only to name the bill in his honor, but because it will ensure that states and local jurisdictions do not engage in voter-suppression tactics – a major issue in the upcoming presidential election.

Less we forget, all the advances we are experiencing in gaining power, becoming anti-racists, not to mention, the legacy of John Lewis, will not hold water if we do not vote. Vote. VOTE. Toniwg1@gmail.com

Next post John Lewis, 80, conscience of America, has transitioned