Letter to the editor: 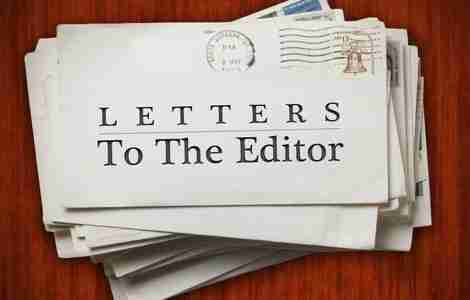 Whilst the way the U.S. treats its overseas citizens is indeed unfair, this injustice is particularly egregious in the case of “Accidental Americans.”

In case you are not familiar with the term, Accidentals are people who have absolutely no ties to the U.S. other than having been born on U.S. soil and who until very recently did not believe that they could be considered American.

If I take my case as an illustration, I was born to a French mother and an Irish father in the U.S. who were graduate students in the U.S. I lived in the U.S. up to the age of five when, following their divorce, my mother was deported from the U.S. I grew up in France and consider myself as French and only French. Recently and following the implementation of FATCA, my bank asked me to explain my “U.S. status.” At first I thought this was an April fool’s prank or a mistake as, since the age of five, I never lived, worked or studied in the U.S., nor do I have any friends or family there. The U.S. is, a foreign country to me. Doing a bit of digging on the Internet I quickly realized how wrong my assumptions were.

Simply because of my place of birth – that obviously I didn’t chose – I am American and therefore have onerous and potentially life changing filing and reporting obligations to the U.S.

The insanity and unfairness makes the mind boggle – Accidentals are seeing U.S. nationality forcibly imposed on them and to shed this unwanted citizenship they must go through a renunciation process that is as complex and invasive as it is expensive.

I won’t delve into the gory details of what this entails for Accidentals but suffice to say that in order to shed their U.S. citizenship, Accidentals must “enter the U.S. system” and acquire a U.S. social security number, etc. (a very long and painful process if one was not issued at birth) simply in order to renounce! This is worthy of Kafka, but sadly for us this is our reality not fiction.

This whole process costs a fortune, between a renunciation fee that stands at $2,350, the fees of U.S. tax preparers and attorneys, paying back taxes and penalties and the icing on the cake: An exit tax on the Accidentals worldwide assets!

The current system was set up in the wake of the furor resulting from the UBS Swiss account scandal and the Edouardo Savarin tax exile. The stated goal was to prevent wealthy U.S. residents from hiding their assets offshore and to prevent wealthy U.S. nationals from renouncing their U.S. citizenship to escape U.S. taxes. However, the laws were poorly thought through and ill-articulated and as a result, hundreds of thousands of Accidental Americans have become ensnared in their driftnet features. We are not tax evaders or tax avoiders. We are ordinary, honest citizens who simply want to be allowed to continue leading our everyday lives as foreigners.

President Obama is aware of our existence (cf his 2016 Green Book) however nothing, I repeat nothing, has been done since then to help us extricate ourselves from a system that we don’t belong in. As such, we have started to act to defend our rights.