Low down, dirty Republicans and the hijacking of America 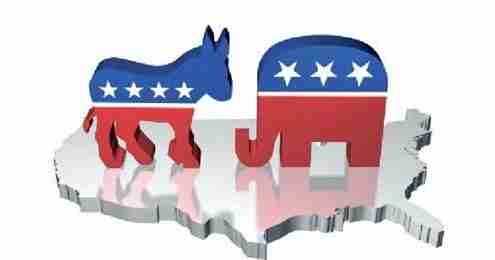 So how is it that Democrats won almost three million presidential votes more overall but lost the election? And how is it that Democrats have won thousands more votes in individual house and senate races across the country, but still haven’t increased the number of seats they hold? Because President Punany Grabber was right – the system is rigged!

As a Democrat, there’s lots of distasteful stuff about the Republican Party that you can easily call out. There’s the courting of racists, xenophobes and other hatemongers. There’s the disregard for voting rights and the social safety net. There’s the desire to do away with the very real national protections offered by a strong federal government. But there are also some devious, low down, dirty traits that we may have felt were there, but that we may not have been able to clearly identify… until now. And it’s all thanks to the liberal, mainstream, investigative, fake news-combatting media that middle America so despises.

Through the legal but highly unethical practice of gerrymandering, Republicans have been systematically redrawing districts in states across the country so that no matter how many Democratic votes are cast, Democrats will not win seats. They’ve hijacked the government by playing dirty, dirty games and what are the Democrats doing about it? As far as I can tell, zip, zero, nada. Again… until now.

When a system is so flawed that it holds a small “d” democratic majority hostage to a less educated, more regressive minority, it is by definition fascist – authoritarian and nationalistic right wing government. This is what America is becoming before our eyes. But Obama, who spent six years restricted by the blight of the Republican hijack, along with Attorney General Eric Holder, have a plan to flip the script. They’ll spend the next several years working on redistricting the redistricted, with the intention of giving Democrats back their fair shot at equality, and hopefully since the only way to fight Republican fire may be with fire, perhaps giving Democrats the advantage.

Although Democrats have always represented the working class, liberalism is now apparently the sworn enemy of white people across the rust belt. The legacy of the black man who inspired many of them with dreams of hope and change, is under threat of obliteration the day he leaves office.

But if in Obama’s next steps he succeeds in creating a mind shift among the working whites who will no doubt be cheated, abused and groped by the president elect, then hate and despair may again turn to hope and optimism. And even though I’m personally devastated by the prospect of what President Punany Grabber and his Republican majority may do in these next four years, I remain hopeful that I can be a part of President Obama’s solution.

Calibe Thompson is a video media producer, speaker and author. Learn more about her services at www.islandsyndicate.com and share your thoughts on these and other opinion pieces on Facebook @calibethompson.

Previous post How to enjoy the holidays despite chronic back pain