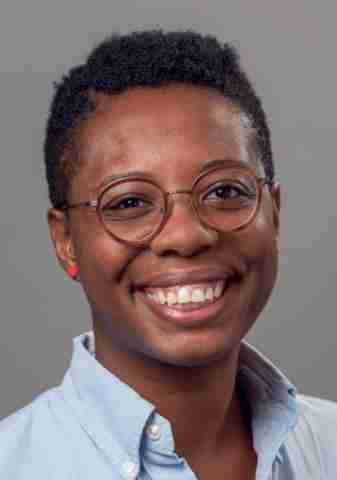 West Pal, Beach, Fla. – “Injustice anywhere is a threat to justice everywhere,” the Rev. Dr. Martin Luther King said in his “Letter From a Birmingham Jail,” written in the margins of a newspaper on April 16, 1963.

In 2022, “Injustice anywhere is a threat to justice everywhere” is serving as a reminder from the Martin Luther King Coordinating Committee of West Palm Beach.

The MLKCC has made King’s words the theme for each of their annual monthlong MLK Federal Holiday observances, among the most comprehensive in the nation.

Highlighted by the 41st Annual Scholarship Breakfast, this year’s observance will be virtual, and take place in person as usual, at 8 a.m. on Monday, the Martin Luther King Jr. Federal Holiday, at the Palm Beach County Convention Center, 650 Okeechobee Blvd. in West Palm Beach.

It all is a particular tribute to Edith Bush, the organization’s tireless executive director who for decades has led her team as the MLKCC’s annual celebration has grown to include student art exhibits, performing arts, poster and essay contests, interfaith religious services, a GospelFest, tennis tournaments, candlelight services. A hallmark of the MLKCC through the years has been a consistent focus on educating, empowering and supporting young people – the descendants of the youth who once faced ﬁrehoses and dogs to help demonstrate that “Injustice anywhere is a threat to justice everywhere.”

The MLKCC is maintaining that focus again this year, with a special emphasis on past MLK Competition winners, who will be featured at Monday’s breakfast. They have continued as outstanding achievers and exemplary role models, and include: MLKCC Contest Winners Dr. Kali Cyrus, keynote speaker Dr. Kali Cyrus, psychiatrist, consultant, activist, assistant professor at Johns Hopkins Medicine, and one of the few Black, female, Ivy league educated psychiatrists, offers groundbreaking consultation on managing conflicts stemming from identity differences. After growing up in West Palm Beach and graduating from Suncoast Community High School in 2002, she earned her BA in Psychology from Stanford University, masters in Public Health from Emory University, and medical degree from the University of Illinois at Chicago. She then completed psychiatric training at the Yale School of Medicine where she served on the faculty. She is also a respected leader in highlighting the ways in which discrimination impacts health, through her political advocacy with the Committee to Protect Medicare, academically as an assistant professor at Johns Hopkins Medicine, and in the mainstream media using videos, opeds, and speaking engagements including CNN and MSNBC. Follow her on Twitter, Instagram, and other social media platforms.

“Currently, I am applying to masters programs for viola performance. I am also a member of The Marian String Quartet. A group that formed in the spring of 2021. We were accepted into Juilliard’s Honors Chamber Music Program for this school year. This group hopes to continue together in the future. I have just performed my graduation recital (which can be found on my YouTube channel) and I am also preparing for some solo and quartet concerts coming up in the spring semester.”

Participated in the MLKCC competitions and won First Place in the Singing and Oratorical categories in consecutive years, roughly 1996 and 1997.

Public Administration and Sociology. As a former member MLK Oratorical Competition participant, Tyrielle has actively used her gift of public speaking throughout the community to motivate and inspire future generations. Today she serves as a Human Resource Assistant for the Ibis, and as a mentor for EmpowHER Leadership Academy for Girls. Her mantra is “The best is yet to come” highlighting the dreams she desires to accomplish in the future, which include obtaining her master’s degree in Public Health and working to reform public health practices among underserved populations.

An alumnus of the Suncoast Community High School class of 2011, Diva attended Florida State University and graduated in 2015 with a degree in Information, Communication, and Technology. Diva was inducted into the Kappa Epsilon Chapter of Delta Sigma Theta Sorority, while attending FSU. She is currently working at the Palm Beach County Convention Center. She enjoys traveling the world and sharing unforgettable experiences with her loved ones.

Next post Penn to speak at PBSC MLK celebration Jan. 13

Previous post It still matters: MLK’s vision of love as a moral imperative