My word for the New Year? Peace 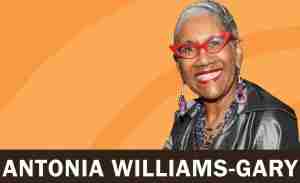 It’s a loaded word. Full of promise and yet, disturbingly charged with challenge.

Peace: It usually means lack of war. Being devoid of conflict. Acting with quiet stillness. Having a live-and let live attitude.

A full sermon was delivered on the mount about it: urging us to first, seek the kingdom of Heaven.

Treaties have been signed, over and over again, trying to maintain it.

Nations realign in the name of it.

Yogis meditate in search of it.

Seemingly forever, and across all sectors, mankind has been seeking peace: Jesus said, “Blessed are the peacemakers, for they shall be called sons of God;”The Buddha said, “Better than a thousand hollow words is one word that brings peace;”St. Teresa said, “If we have no peace it is because we have forgotten we belong to each other;” Rumi said, “Out beyond ideas of wrongdoing and right doing, there is a field. I will meet you there.”

And Martin Luther King Jr. said (while reflecting about the Vietnam War) “…. one day we must come to see that peace is not merely a distant goal we seek, but is a means by which we arrive at that goal.”

And still we have wars. External and internal conflicts, galore. We argue with one another. Even our choice of language reflects a duality in our nature: we stand ready to fight for the right to be.

America is currently at war with itself. We have not had a moment of peace since, well before I can remember.

The most recent uprisings of citizens against ‘the system’; police riots; suicides and mass homicides, especially by and of our youth; heated debates about the merits of  red states versus blue states abound; billionaires’ actions against workers; etc., to name just a few, are how some of our current wars are being waged.

But the peace I seek goes deeper, and far beyond the boundaries of a set of laws; just and/or unjust. Laws can be changed, and are changed constantly based on changing cultural norms (now we can marry almost anyone we want, in every State, and soon Marijuana sales and use will be legal, nationwide).

How do we learn just to be?

How do we begin to wear the world like a loose garment? What about those wildflowers that neither toil nor labor for their beauty?

How can I be free from worry? At peace?

America is at war with itself, but we continue to export our brand of ‘democracy’ and calls for peace in places where the idea has not yet been defined and debated; nowhere near being adopted. Fifty years ago, MLK suggested that we were appearing to the world as an arrogant nation; waging a war ten thousand miles away (in Vietnam) when our own laundry was not clean.

Fifty years later, our ongoing military’s excursions across the ponds and seas have landed us in war-zones around the world- waging what we sometimes call peaceful resistance to ideological ‘evils’ that defy our ideals of those individual freedoms that can only be found in our unique constitution. A constitution that we are still amending for ourselves!

We continue to act as if we can wave a magic red, white and blue wand over the rest of the world, while turning our backs on the wars on the home front; and somehow, magically, all will be at rest. At peace.

Hypocritical? To the ultimate degree!

I think we have so much work to do right here that we cannot afford to export our will, our way, nor our might, in the name of peace, anywhere. Not until we get our own house in order.

What will that take? How does that look?

I continue to put my faith and trust in the younger generation’s resolve to use the sophistication of the new communication technologies to change our world- starting within themselves; reaching out to our fellow citizens and simultaneously throughout the world- a demonstration of peace at work: cultivating an inner stillness; having the knowledge that they are okay, and we are okay; practicing perfect acceptance of ‘the other;’ respecting all life; expressing a genuine desire to see everyone thrive, and “give peace a chance”(John Lennon).