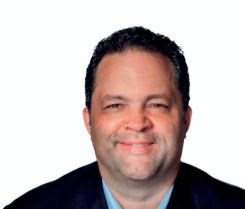 I don’t know about all of you, but it feels to me like Christmas came early this year.

Electing a new president and vice president was a gift that 81 million Americans gave to ourselves and to one another.

Now the only thing left on my Christmas wish list is a victory in Georgia’s Senate races and an end to Mitch McConnell’s power-abusing, progress-obstructing reign as Senate Majority Leader.

Actually, that’s not quite true. I also want a Biden-Harris administration whose vision and boldness are worthy of the hard work and sacriﬁces that so many people made to put them in ofﬁce.

The Democratic Party is a diverse coalition, and we shouldn’t expect everyone to agree on the best way to approach every issue. It’s natural that we’ll have disagreements and debates.

But we can unite enthusiastically behind a broad set of values that we want our leaders to advance: equality, fairness, opportunity and justice for all. And we can agree on the need to move quickly to reverse many of the Trump administration executive orders and initiatives that undermined those values.

That’s why leaders from across the progressive movement are thrilled to look forward to the day very soon when Joe Biden and Kamala Harris are sworn in – and to the next day, when they will be in position to start the work they’re preparing for now.

We are prepared to support them and ﬁght alongside them, and when necessary to push them toward boldness in advancing policies that reflect our highest ideals and the urgent needs of millions of Americans.

Here are some resolutions that leaders of the Biden administration should make right now to make 2021 a much happier new year than the one we have left behind:

1. Make it a priority to start ﬁxing the federal courts by nominating fairminded judges and justices who are committed to protecting civil and human rights.

2. Restore integrity to the 2020 census by reversing illegal efforts by the Trump administration to restrict who gets counted – and who counts when it comes to representation in Congress.

3. Revive the Department of Justice as the nation’s primary protector of voting rights and civil rights and move aggressively against state and local efforts to restrict voting rights.

4. Do everything in our power to reunite the children and families separated by the immoral actions of the Trump administration.

5. Empower the Civil Rights Division at DOJ to investigate abuses by state and local law enforcement, use consent decrees to get commitments for reform, and ensure accountability and more just policing through steady oversight.

6. Give stability to millions of immigrant families by fully resuming the Deferred Action for Childhood Arrivals program, reversing Trump’s Muslim ban orders and policies, reopening the door to settling refugees, and eliminating the public charge rule that discriminates against poor people.

7. Recognize that religious liberty is meant to be a shield to protect everyone’s ability to exercise their religion, not a sword to allow religious claims to justify discrimination or other harms to others.

8. Reverse a Trump executive order that prevented federal agencies, contractors, and grantees from discussing the impact of racism in the workplace or embracing policies to advance diversity and equal opportunity.

9. Issue guidance establishing a necessary use of force standard that allows police use of force only as a last resort.

10. Direct DOJ to explore legal options for limiting or ending the qualiﬁed immunity doctrine that insulates police ofﬁcials from liability for serious misconduct.

Of course, there is much more work ahead for the Biden administration and for those of us who want it to succeed, particularly around COVID-19 recovery and access to health care. But these steps will get us off to a good start.

What a joy it is in this holiday season to know that so many policies grounded in bigotry and cruelty will soon be reversed.

What a blessing it will be not to be on the defensive at every moment – and to use our collective expertise, creativity, and heart to imagine, design, debate, perfect, and implement policies that will bring more fairness, more justice, and more opportunity to all the people in these United States.

Next post We are in the midst of an HBCU renaissance

Previous post Breaking American democracy: Donald Trump and the making of a coup