No Joke: The ‘Punchline State’ makes history for something good 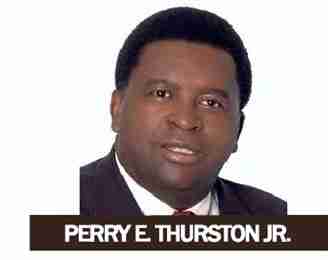 Florida just made history as the first state to have an African American represent it in the U.S. Capitol’s National Statutory Hall Collection.

By approving HB 139 and its SB 472, the Florida Legislature chose to replace a statue of a Confederate Army general Edmund Kirby Smith with one of Mary McLeod Bethune, an iconic figure in American history whose influence was felt far beyond the borders of the Sunshine State.

The decision to place a statute of Bethune in the Capitol is significant. There are currently no statutes depicting black Americans in the National Statutory Hall Collection, and Bethune will only be the 10th statue to depict a woman in a collection that still has more statutes commemorating confederate officers (12) than women.

The selection also demonstrates how state leaders came together to avoid what could have been a debilitating controversy of race. Instead of simply removing the Smith statute from the U.S. Capitol, lawmakers agreed to re-locate the statue to Tallahassee and “make it available for public display,” thus avoiding false claims of “re-writing history.”

The truth is Bethune embodies the best of Florida, and the fact that an overwhelming majority of state lawmakers thought her accomplishments were worthy enough for this high honor bodes well for a state that is too often maligned for its eccentricities.

For a moment, forget the “hanging chads,” the weird crimes involving sex, scams or machetes, and the other antics that have made Florida a favorite punchline for comedians and late-night television hosts.

Now our state can boast of a political achievement that brought men and women from different races, cultures, and family histories to forge an agreement that now separates Florida from the rest of the country.

Of course, it helps to have an iconic historical figure that can foster pride and unity. Florida is blessed to have such a person in Bethune.

As a child, Mary McLeod wanted to be a missionary, but turned her attention toward education when the Presbyterian Church rejected her application to serve in Africa. Her dream of opening her own school brought the young teacher and her husband, Albertus Bethune to Daytona Beach, where she established a school for black girls.

The school would grow and become Bethune Cookman University, one of three private historically black colleges and universities in Florida that is recognized nationally as a prominent historic black university .

On the national stage, Bethune became the most prominent black woman of her time. In 1935, she founded the National Council of Negro Women, a forum for black women to secure human rights and social justice. She was also appointed to several national commissions by three U.S. presidents and became an advisor of Franklin Roosevelt.

Replacing Smith, a St. Augustine native who became a general in the Confederate Army, with a statue of a black woman did not come easily, particularly for a state where the history and traditions of the old American South are still held dear.

Florida was indeed fortunate to have had a process established by a 2016 law to replace the Smith statue with one selected by a state panel that reviewed the names of several prominent Floridians before finally selecting Mary McLeod Bethune for the statuary hall collection.

Perry E. Thurston Jr. is a Democrat who represents the 33rd District in the Florida Senate and the sponsor of the Senate bill to place the statue of Mary McLeod Bethune in the National Statuary Hall Collection.

Next post Obama-linked alliance to offer grants for youth projects

Previous post The Social Media, Nikolas Cruz and The Code of Terror