No one had to die 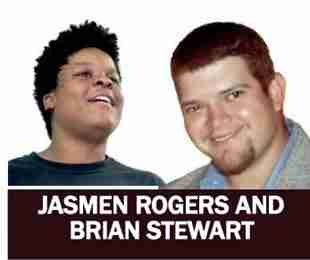 By JASMEN ROGERS AND BRIAN STEWART

Over five hundred people have died at the hands of law enforcement thus far in 2016,thirty-three of them right here in Florida. Many promises have been made about the implementation of body cameras to stem this tide, but accountability and transparency have not followed this massive investment of taxpayer dollars.

Earlier this year, a study for the Department of Justice found that “most of the claims made about the [body camera] technology are untested.” Civil rights leaders stood up to say that “[w]ithout carefully crafted policy safeguards in place, there is a real risk that these new devices could become instruments of injustice, rather than tools for accountability.”

We have long had questions about who controls the storage of the footage, the public’s right to access it, when an officer could decide to turn the cameras on and off, and much more. Many of our questions were met with an unwavering deference to and investment in the same agencies these devices were supposed to be holding accountable – the police.

On May 22, 2016 in the early hours of the morning, Hallandale Beach Police Department (HBPD) took yet another life, this time 27-year-old Michael Eugene Wilson, Jr.

Within 36 hours of the shooting, Chief Flournoy of the HBPD released an edited single angle of body camera footage of the encounter. Chief Flournoy made a unilateral assessment that his officer was “1000 percent justified” after little to no investigation.

Three officers who arrived to the scene were outfitted with body cameras, but only one camera was activated. Contrary to what policy demands, the officer who fired the fatal shots failed to activate his camera prior to arriving to the scene. Many organizations and activists predicted this issue even before implementation. However, HBPD body camera policies do not have clear consequences for officers who fail to comply. According to the Hallandale City Commission, the policy is not meant to be disciplinary.

Michael was more than a “suspect.” Three weeks prior to his death, he started a new job, secured an interview for a second job, and was working towards getting his own apartment. The cameras didn’t capture that, either.

The cameras didn’t capture the utter disregard for his humanity his family suffered at the hands of the HBPD following the killing. Michael’s mother, Paula Nobles, was contacted by phone to identify his body by his tattoos. She had to drive down to the police department on her own initiative to find out if her son was still alive.

Since then, she has received no further contact, no formal condolences and no answers on what happened early that morning that led to her child’s tragic death. And now, Ms. Nobles has even more questions than she had just a few weeks ago, the most poignant of which: “How did it go from [allegedly] breaking into a car, to death?” It seems the answer lies in a history of predatory policing that is plaguing Hallandale Beach.

Bowe’s lawsuit alleges that “it is a well- settled policy, practice, and custom for HBPD Officers . . . to take extreme and reckless actions against the people they encounter . . . all in the name of self-defense, resulting in ‘trigger-happy’ HBPD Officers killing and/or seriously injuring people.” Furthermore, the suit claims that the City and the HBPD have repeatedly failed to direct, or sought to limit, proper investigation into the “extreme and wanton acts” of HBPD officers, “with few or no serious questions ever raised as to an Officer’s decision to use excessive force and/or deadly force.”

No one had to die on May 22, 2016. Had the officer who discharged his weapon heeded the recommendations of the police department’s own excessive use of force report, Michael would likely still be alive today. We demand true accountability in Hallandale without categorically denying wrongdoing in all instances.

Now, Michael’s mother demands justice. According to Florida Statute 119.406.136, as his next of kin, she is entitled to the unedited footage of what happened to her son that fateful night, as well as any other accompanying reports. Requests to the Hallandale Police Department for that information have been denied, citing the pending investigation. But how is it that the Chief found it appropriate to release the footage to the public without consulting the family?

As his father, Michael Wilson Sr., lamented, “I know he wasn’t an angel, but was it necessary to kill my son?” Michael’s sister also echoed his sentiments, “No matter what life he led, what matters is what happened in that moment, and was it necessary?”

Next post Her records confirm that Hillary is an honest politician