Not my story, not my truth 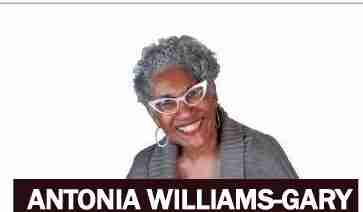 Once upon a time, when I was very, very young, I sang out with great vigor and enthusiasm: “My country tis of thee, sweet land of liberty, of thee I sing.” Not so much today. I have examined all the words, and I have determined that they are just not supportive of my experience in America. For instance, there’s this line: “Land of the Pilgrims’ pride……..”

Not my story. Not my truth.

Scratch! Then there is that other song: “Oh say can you see…what so proudly we hail?” a line from the National Anthem which all Americans are expected to sing and hold special. The splendor it evokes; the loftiest ideals extolled about this place where we should all be proud to belong- “…….the land of the free, and the home of the brave.”

That song carries a heavy symbolic weight that is borne by every citizen. But it is still not my story. The 2016 Olympics has wrapped up with the inevitable portrayal of athletes standing, their hands over their hearts (or not) as the National Anthem is played. Every four years, the Games open another round of discussion and controversy about what is an American and how we demonstrate fealty to this country. The review includes the various and sundry ways we express being American; from shouts and protests; to fist-throwing; even flag-burning, and other forms of first amendment-protected expressions.

As usual, the discussion leans heavily on black folks behavior with the pledge/flag-honoring ceremonies (for the 2016 Olympics it is Gabby Douglas); questioning our loyalty to this country which, still has not fully included us as 100 percenters; where Black folk continue, as a rule, to be described as some kind of deduction; a reduced statistic. The criticism belies our obvious growing dominance on the playing fields, in the swimming pools, on the uneven bars, and the basketball courts, to name a few. Our conquests are harbingers for all the remaining Olympic events: golf; rowing; weight-lifting, et al., given the opportunity to participate in every sport. Yet, we still get scrutinized and examined beyond the pale; questioned about being American enough.

We are the quintessential Americans! This country was built on the backs of our forefathers/mothers – literally. Once that fact is totally incorporated into the history books, into the everyday lexicon of news reporters and opinion shapers, and subsequently into the consciousness of every other American, there will be little debate left.

But, we first need to check our own conversations about each other; stop the self loathing comments about our hair, physiques, use of the dominant language, etc. When will we learn to love being descendants of Africans, and to understand that any other ethnic makeup in you (from rape or by choice) is just a part of the black American experience?

America is the black Africans slave descendant’s country! Which bring me to another song, thanks to the James Weldon Johnson and his brother, which speaks to me and my experience in America: “Lift every voice and sing Till earth and heaven ring, Ring with the harmonies of Liberty…… Sing a song full of the faith that the dark past has taught us. Sing a song full of the hope that the present has brought us.

Facing the rising sun of our new day begun,

Let us march on till victory is won.