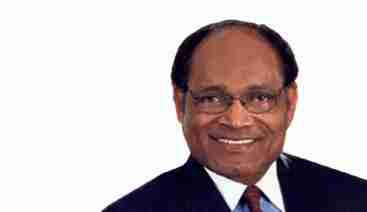 The coronavirus (COVID-19) pandemic has brought out the best in President Donald J. Trump, the worst in both the national media and U.S. House Speaker Nancy Pelosi, D-Calif.

Regarding the president, he is both the leader and man of the hour.

President Trump is now the leader and man of the hour in the war against the coronavirus.

The American people are getting to see the man his friends, family and supporters know —a leader with tremendous skill, brilliance and love for our country.

As his good friend, Newsmax CEO Chris Ruddy recently wrote, Trump is “calm and doesn’t panic, decisive, and follows the evidence, not the hype.” He has mobilized the private sector to join with the government in the greatest public-private sector partnership to defeat the most formidable enemy since World War II.

Companies like Jockey International, Proctor and Gamble, United Technologies, Ford Motor Company, Federal Express, United Parcel Service, LabCorp, Walmart and so many others, including Johnson and Johnson (and other drug makers) have mobilized to develop drugs to treat COVID-19 patients.

Does anyone really think that this would have happened under socialist Bernie Sanders or slow-thinking Joe Biden?

These are many of the same companies that so many progressives use as political whipping posts, holding in contempt even though they employ millions of Americans.

Just as the president has shown great leadership, much of the national media has reinforced why so many Americans view a once lauded industry with disdain.

A recent Gallup poll ranking the responses of nine leaders and institutions to the virus found that 60% of Americans thought president Trump was doing a good job.

The news media ranked dead last at 44 percent. It is their worst hour.

Journalists such as Washington Post media analyst Margaret Sullivan are good examples. She has called for a complete media blackout of President Trump’s live brieﬁngs and updates on the virus saying that they promote misinformation.

I guess they think Coronavirus Taskforce members like Dr. Anthony Fauci, director of the National Institute of Allergy and Infectious Diseases and Deborah Birx, coordinator of the White House coronavirus response dispense misinformation.

Another example of why the media is held is such low esteem is seen in the daily White House Coronavirus Task Force press brieﬁngs.

Many of the reporters dedicate their time being antagonistic and asking, as the president has described, “nasty,” “snarky, “or “Gotcha!” questions aimed at getting headlines and soundbites instead of real information.

Some in the media outright accuse the president of murder as the Ruddy article noted.

Others, such as CNN’s Don Lemon, describe the press brieﬁngs as Trump’s “new ‘Apprentice'” adding that they’ve “become his new rallies.”

Such hatred and vitriol against the president are also on display in the print media.

Just look at The Boston Globe editorial saying that the president has “blood on his hands” for the COVID-19 epidemic.

For Democratic leaders, like much of the national media, the pandemic crisis is an opportunity to use — to get rid of, or at least damage, the president and his re-election prospects.

Nancy Pelosi is the poster child for this strategy telling CNN that “while the president ﬁddles, people are dying.”

And how does she and her views rank with the American people?

According to a recent McLaughlin poll published in Newsmax, she is disliked by a majority of voters by a 55 percent to 37 percent margin.

She and her friends in the media apparently care more about pleasing each other and destroying Trump than they care about the American people. Her vitriolic rants against the president and delaying the economic stimulus bill in an attempt to load it with pork to appease her progressive base make this her worst hour!

She and the media will be major reasons why the president, regardless of the virus, will win by a landslide in November.

Previous post Love in a time of coronavirus: now more than ever