People’s grievances cannot be solved by demonizing them 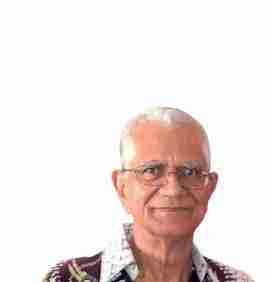 The image of a white police officer kneeling nonchalantly with a hand in his pocket on the neck of an African American man who cried out several times that he could not breathe and called for his Momma as he was dying will forever be etched into the American psyche. But it was not an isolated tragedy.

Between 2005 and 2014, police killed probably 10,000 people and 153 officers were charged, according to a database maintained by Philip Matthew Stinson at Bowling Green University, The Washington Post reported. Convictions came in about 55 percent of those cases, mostly by guilty pleas.

The paucity of arrest, trial and conviction is due, in part, to refusal of prosecutors to charge, grand juries to indict, trial juries to convict, and, in particular, the complicity of the U.S. Supreme Court which ruled in 1985 in “Tennessee v. Garner” that “The reasonableness of a particular use of force must be viewed from the perspective of a reasonable officer at the scene, rather than with 20/20 vision of hindsight.” That opinion makes it almost impossible to prosecute officers who kill, whatever the circumstances.

Still, it is important to note that, according to the National Law Enforcement Officers Memorial Fund, the United States has more than 800,000 sworn law enforcement officers and almost all are professionally serving the community. More than 22,000 have been killed in the line of duty and, according to the FBI, there were 58,866 assaults against the police in 2018 alone, resulting in 18,005 injuries.

There is a profound horror, though, in the killing of George Floyd in Minnesota on May 25 and the ensuing demonstrations should be no surprise. Video shows him handcuffed and lying face-down on the street at the mercy of four officers, arrested on suspicion of passing a $20 note at a grocery store. The killing eerily resembles that of Eric Garner in New York on July 17, 2014, after an officer put him in a chokehold and ignored his plea that “I can’t breathe” before dying, arrested for selling loose cigarettes.

The officers who arrested Floyd were quickly fired but only one was subsequently charged, which evidently touched off the protests. That is not surprising for Minneapolis, where grand juries refused to indicted officers in all 42 cases of police shootings between 2000 and 2016 in Hennepin County, where Floyd was killed, FOX 9 reported on March 29, 2016.

The killing came amid outrage over police shooting of Breonna Taylor, an EMT in Louisville, in her apartment the night of March 13, while officers were serving a drug-related warrant for a suspect who did not live on the premises.

Two other incidents unrelated to police brutality merely confirmed the devaluation of African Americans. Ahmaud Arberry, jogging along a street in Brunswick, Ga., on Feb. 23, was chased down by white men and shot and killed. One of them said he looked like a burglary suspect. Amy Cooper, walking in New York’s Central Park on May 25, called police on birdwatcher Christian Cooper who told her to put the leash back on her dog as required for that area of the park.

At this time of crisis needing national leadership, President Donald Trump focused on China, the World Health Organization and Elon Musk’s SpaceX Dragon’s launch. In several tweets, Trump demonized protesters, saying in one, “when the looting starts, the shooting starts,” parroting a 1967 comment by then Miami police chief Walter Headley, The Post recalled. At the White House Monday night, he declared himself “your law and order president." A short time later, police used tear gas to disperse peaceful demonstrators so he could walk to a church to have a photo op holding a Bible. He also pledged to call out the military if the violence does not end.

Much of this is déjà vu for MiamiDade County, where, on Dec. 17, 1979, officers beat Arthur McDuffie to death for giving one of them the finger. But three days of protests, which turned violent, did not break out until five months later, after four officers charged in the killing were tried in Tampa, where an all-white jury acquitted them.

Then, as now, the authorities denounced the protesters, claiming most were “outsiders,” a line which, 40 years later, Miami-Dade County Mayor Carlos Gimenez has trotted out, along with Minnesota Gov. Tim Walz, Mayor Melvin Carter of St. Paul and Mayor Jacob Frye of Minneapolis, who have since backtracked.

Violence is always to be condemned but, as Martin Luther King Jr. once said, “In the final analysis, a riot is the language of the unheard. And what is it that America has failed to hear?” What is not being heard are complaints about police brutality and systemic racism.

As for the former, U.S. Rep. Val Demings, D-Fla., a former Orlando police chief, wrote in a Post column: “As a nation, we must conduct a serious review of hiring standards and practices, diversity, training, use-offorce policies, pay and benefits (remember, you get what you pay for), early warning programs, and recruit training programs.”

As for the latter, there is very little hope for fundamental change but, as the late Guyana President Forbes Burnham once said, “Poor people got matches.”