Politics is the art of compromise 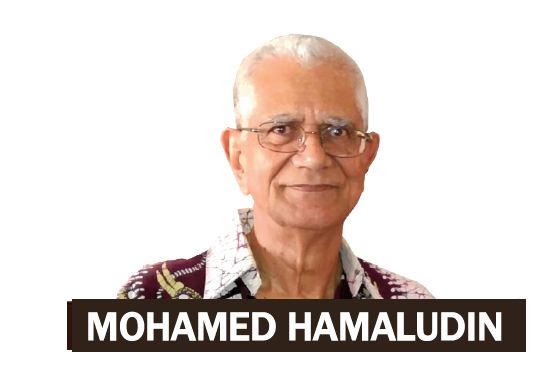 The quintessential definition of politics in a democracy is that it is the art of compromise.

That is because in a democracy people often have vastly differing points of view on policies and the successful politician is she or he who can fashion a compromise of the various points of view that will advance an agenda that serves the interests of the nation as a whole.

Unwillingness to at least part way inevitably results in a political impasse that all but bogs down the nation’s business in an ideological quagmire.

The thoughtful voter in this or any other election is the one who takes time to look past the rhetoric that increasingly clutters our election campaigning and ask herself or himself one question: Can this candidate deliver on the campaign promises she or he is making?

That is especially so when the temptation is to be guided by the heart and not the mind, which is often the case when a candidate makes promises that are appealing enough to want the listener to cast aside all doubts about her or his candidacy. But that is precisely the time when there is need for the more difficult task of separating reality from rhetoric.

It is a hallmark of our democracy that no candidate for office is ever able to deliver on all of her or his campaign promises. That is because of the way our system of government works. In dictatorships, it is a different matter, of course. There, laws have nothing to do with the arena of public discourse or what the people want.

So, on the one hand, our system of government empowers us to hold and express all kinds of views. But, by that same token, we are also vulnerable to emotional exploitation, especially when economic and other conditions are seen as intolerable.

A campaign promise has to be translated into proposed policy which has to be debated and approved by both houses of Congress. And even then it has to be judged against the provisions of the Constitution or it will end up in yet another branch of our government, the Supreme Court, which has to power to, in essence, veto it, though that’s not the term used.

The most that a candidate who is elected president can do is propose policies, as far as laws are concerned, and use whatever influence the presidency has to push for approval of those policies.

The danger to our democracy, therefore, is for us to allow our emotions to be manipulated for the purpose of serving interests which we may think are ours but which turn out to serve an entirely different agenda. We expose our vulnerability when we blindly follow those who, we may think, speak our language or who say what we think has to be said. The speaking and the doing are far from the same thing.

None of this is really new but it bears repeating that there is still time to put those who have come promising gifts to a reality check by asking, “Which one has a platform that comes the closest to my vision of what the next president should be like – and who will be willing to make compromises to bring at least some of it to fruition?”

Mohamed Hamaludin, a retired journalist, is a former executive editor of South Florida Times who has also worked with The Miami Herald and The Miami Times.

Next post He (Trump) says what I am thinking!