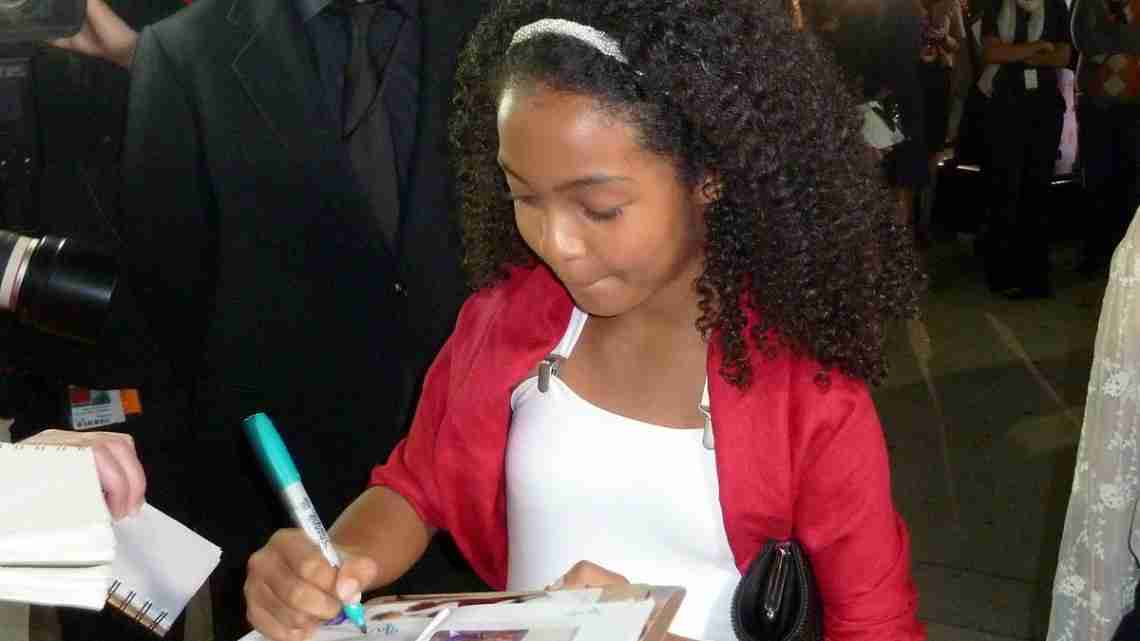 The star of Freeform’s “Grown-ish” is one of a group of influencers across the globe taking part in a movement called Little x Little.

There are more than 2 billion people worldwide born between the mid-1990s and mid-2000s making up Generation Z. Little x Little’s goal is to inspire as many of those Gen Z’ers as they can to do 2 billion tiny acts of good by 2030 in support of the United Nations’ Sustainable Development Goals (a list of 17 ways to make the world more peaceful, equitable and healthy.)

Participants are encouraged to post their own efforts to do good on social media – using the tag (hash)LittlexLittle and share ideas, which range from reducing meat consumption to ditching the car and biking instead.

In the two weeks since a “Little x Little” anthem video launched on YouTube explaining the project, it’s been viewed more than 15 million times.

Shahidi, 18, says to look no further than this week’s student walkout to protest gun violence and the upcoming March for Our Lives rallies as an example that young people are socially engaged and want to make the world better.

She also says there’s a benefit to the abundance of time they spend on their phones.

“Because of our inter-connectivity, we see people that aren’t directly in front of us and understand there’s something greater to contribute to,” she said.

Her own personal examples of doing good include contributing money and time to causes within a mile radius of her own home.

Another influencer taking part is disabled model Jillian Mercado. She’s posted a video online to remind others that small acts to slow down climate change can add up to a big difference.

“Everybody wants to feel like a superhero in their own way,” Mercado said.

Next post Reflections on Wakanda, part 2 - what about the women?