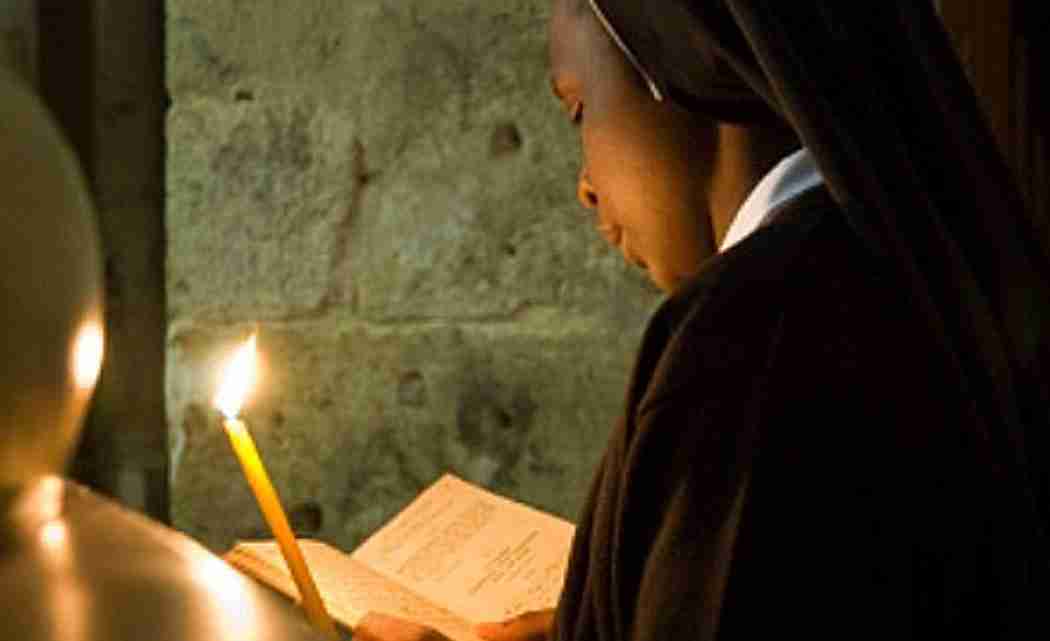 NEW YORK — For 98-year-old Sister Angela Rooney, it was one of the most jarring moves of her life.

She always thought she would live out her days as she had for decades, in a convent under the time-honored Roman Catholic tradition of younger nuns dutifully caring for their older sisters.

But with few young women choosing religious life, her church superiors were forced to look elsewhere for care, and in the past year have sent Rooney and dozens of other nuns to Jewish Home Lifecare, a geriatric-care complex in the Bronx founded as a nursing home for elderly Jews.

“I wanted my convent, my great big chapel, my Stations of the Cross,” Rooney said. “The very name ‘Jewish Home’ turned me off. … I don’t think anyone came here with a heavier heart than me.”

Rooney and 57 other sisters, ages 73 to 98, have since adjusted nicely to their new accommodations and neighbors, becoming an active part of classes and continuing their ministry with good deeds like holding the hands of dying patients on the hospice floor.

“This is home now,” said 83-year-old Sister Grace Henke. “When we first came, we were fish out of water.”

It’s an unusual situation that reflects a reality of the nation’s Catholic nuns in the 21st century: Fewer young women are devoting their lives to religious orders, and those who are already nuns are aging and facing escalating health care needs.

There are now more sisters over age 90 than under age 60, said Mary Gautier, a researcher at the Center for Applied Research in the Apostolate at Georgetown University. The center’s 2009 study found that 80 percent of the nuns in the country were over 60.

“Their model of caring for their older sisters is no longer sustainable,” said Robin Eggert, president of the Realm consulting group, which has worked with several nuns’ orders to find solutions.

Eggert said a number of women’s religious orders have partnered with outside organizations offering skilled nursing, assisted living and other levels of care, but “We’ve never done Jewish before.”

The Sisters of Charity of New York has seen its numbers decline from a 1960s peak of 1,350 to 270 today, and no new sisters had joined in the United States in 20 years. It was the first order to put out a request for proposals that was answered by the nonprofit Jewish Home Lifecare. Two other orders based in Manhattan, the Franciscan Handmaids of the Most Pure Heart of Mary and the Missionary Sisters of the Immaculate Heart of Mary, followed.

Several of the nuns now living at Jewish Home, including retired teachers, social workers and nurses, said they were very happy after some original hesitation.

“We’ve almost all, 95 percent, accepted and acclimated. Those who were resistant have kind of calmed down,” said 92-year-old Sister Rosemarie Bittermann.

“It certainly fit our needs,” said Sister Loretta Theresa Richards, 86. “We can stay together; we have our own little chapel. They went out of their way to find a space for us to have Mass. I have to say it was so nice I was a little reluctant, because I took a vow of poverty.”

Some things are different, however. While Jewish Home Lifecare is now nondenominational — most residents are Christian — its Jewish heritage remains apparent, with a resident rabbi and kosher-style meals in the independent living residences.

“I miss the bacon,” Richards said. Added Sister Maria Goretti Mannix, 83: “I notice that we never get ham or pork chops. The food is good, though.”

The nuns’ care is funded through a combination of Medicaid, Medicare, the New York archdiocesan health plan, payments from the order itself and the individual sisters’ scant assets.

While the nuns were allowed to room near one another — most are on the same floor as several colleagues — they were also encouraged to join the home’s open-to-all activities.

“I saw a sign for ‘Play Reading,’ ” said Sister Connie Brennan, 78. “The first week I just listened. The second week I had a part. I think I might be a murderer.”

“This has succeeded more that we could have imagined,” she said. “From the beginning, they talked about continuing their ministry here, and they’ve touched the other residents and staff from the day they arrived. You’ll see, in the dining room, they don’t sit all together, they sit with the other residents. The people here love them.”

Nuns have been learning Spanish, teaching English and packing medical packages for overseas. Eggert said the sisters, “since they feel they are one big family,” have been especially attentive to residents who don’t get regular visits from relatives.

As the oldest nun to make the move, the once-skeptical Rooney said she has been “converted” by the kind welcome the nuns received.

“Now I go to the Jewish services as well as the Mass.”

Next post Just a little private talk with Jesus