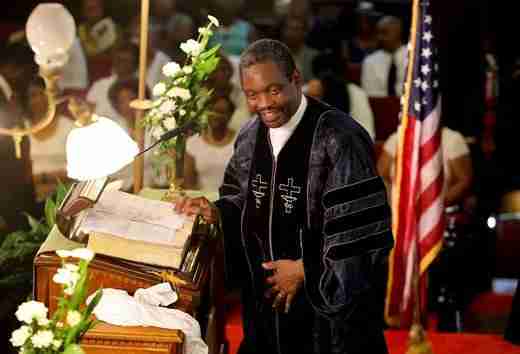 CHARLESTON, S.C. (AP) – The interim pastor of the South Carolina church where nine black church members were shot to death during a Bible study is suing members of his former church for slander.

Multiple media organizations reported the Rev. Norvel Goff filed a lawsuit earlier this month against 18 members of the Reid Chapel AME in Columbia. The lawsuit claim said church members defamed him by saying church funds were mishandled under Goff’s watch.

Reid Chapel had been led by Goff before he was named interim pastor of Charleston’s Emanuel AME Church in June.

The Reid Chapel members sued their church and the foundation operating the church’s school to get access to financial records and bank accounts as they seek the reasons for a $558,000 debt. Goff was not named as a defendant.