America must cease fire or it will self-destruct 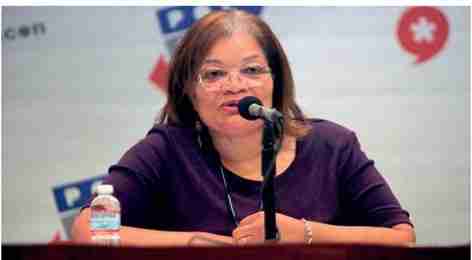 “For this people’s heart has grown dull, and with their ears they can barely hear, and their eyes they have closed; lest they should see with their eyes and hear with their ears and understand with their heart and turn, and I would heal them.” Acts 28:27 While praying for a response to the NAACP wanting to ban the National Anthem here comes the news of a very questionable attack on Judge Roy Moore.

Meanwhile, we are still reeling from the church massacre in Texas. You’d think America would finally grow tired of venomous attacks on just about everything and seek divine intervention from our troubles. Yet, in the midst of violent natural disasters and human bloodbaths, we keep attacking each other rather than praying.

It’s time for America to have a heart transplant and a blood transfusion.

The NAACP is reportedly offended by these lines in verse three of the National Anthem, and is seeking to repeal the song:

“No refuge could save the hireling and slave, from the terror of flight or the gloom of the grave…”

Francis Scott Key, who wrote the lyrics of “The Star-Spangled Banner,” was reportedly a slave owner and fierce opponent of abolition and according to some accounts may even have sparked the first race riot in Washington, D.C.

So as a Caucasian slave owner, Key wrote the song in outrage of the enslavement of one of his Caucasian friends who had been kidnapped and forced into slavery while at the same time was glad that his Black slaves who were also fighting in the war were killed? Yet, the verse speaks of men both Caucasian and Black who fought in the war being enslaved or used by the British. Confusing isn’t it?

Whether we believe “The Star-Spangled Banner” is racist or not, we may never know the whole truth since we didn’t write it and we weren’t there when it was written. However, healing is available to us today if we can only repent of our own sins, forgive those who have sinned against us, love each other and learn to live together in peace.

As in Acts 17:26 “one blood human race,” let’s leave off strife and idolatry, and call a cease fire with our words and our weapons; and let’s avoid self-destruction. Pray for America and the world.

Next post Conference to explore the future of faith and storytelling