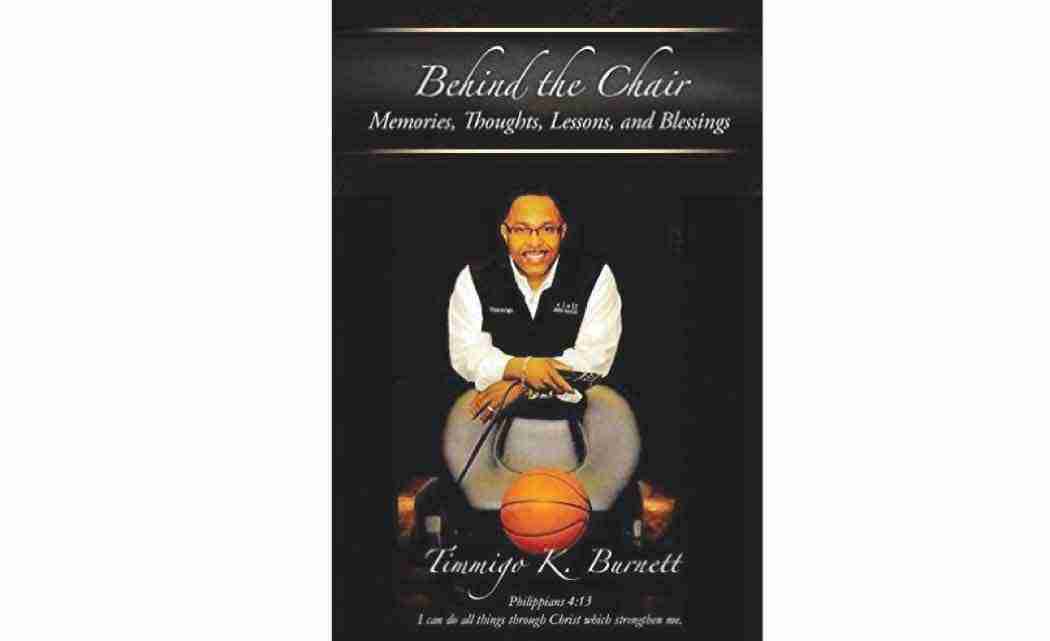 By JOSE FRANCO
Herald-Journal of Spartanburg

“It really wasn’t my idea. God told me to,” he said on a recent morning while cutting hair at his Phase II barbershop on Union Street. “I thought if I ever wrote anything, it would be a fundamental basketball book because basically that’s who I am. Once God told me to do it (the book), I felt like I’ve done a lot of things, but this was an assignment by God.”

Burnett’s minister, Dr. M. Keith McDaniel, Sr., pastor of Macedonia Missionary Baptist Church, wrote the forward to the book. “Timmigo Burnett invites us to journey through his lived experiences. It is a reflective work of growth and spiritual maturity. He proudly proclaims that God saved him, but basketball raised him,” McDaniel wrote.

“It brought tears to my eyes when I read it,” Burnett said of the book’s foreword.

Burnett said McDaniel encouraged him once God gave him the idea to write the book. “It was a challenge, but it really wasn’t that hard because (God) was orchestrating everything,” he said. “It was amazing to me that I was able to focus in on one chapter and not be repetitive. (God) would always give me the chapters and the information.”

Burnett has 23 years in the barber profession. He owns Phase I Barbershop at 509 E. Poinsett St. in Greer and Phase II Barbershop at 300 Union St. in Spartanburg.

He did most of his writing, sitting in a dryer chair during his lunch break, in the Phase II barbershop.

Burnett said God gave him the book cover idea of him standing behind the barber’s chair with a basketball in the seat. “Basketball has always been important in my life,” he said. “And then I became a barber. I had to implement those things.”

On a chapter on the black barbershop, Burnett wrote, “Black-owned barbershops are more than just a place to get a shave and a haircut. Their position in American culture is well-known, and the barbershop is a place where men can go and talk about events and ball games, and swap stories.”

Burnett said he hopes each chapter of his book offers something for somebody. “Life lessons, something that brings back memories, encourages them to do better, maybe make a decision about a job situation, to try to make a better life for themselves or others, encourage them to help someone and don’t give up.”

Each chapter includes a scripture which would correlate with the chapter he was writing.

“I enjoyed doing that,” he said. “I learned a lot of different scriptures. It was like Bible study to me.”

A strong message that comes through the book is Burnett’s belief that basketball and God saved his life.

“If it weren’t for basketball, I probably wouldn’t be a barber,” he said. “I probably wouldn’t even be here. Considering the fact that a lot of my other friends went in a different way, basketball really put me on a path of wanting to do the right thing and be associated with different cultures and different people that were positive in my life.”

Burnett was a member of the 1978 Greer High School State Championship basketball team. Today, he manages The Total Package basketball camp which he founded in 2002.

“It is three days and we usually have 50 to 90 kids,” he said. “It’s a fundamental camp to teach kids the correct way – the fundamentals.”

The basketball camp is founded on Christian beliefs. “We start off with a prayer and we end it with a prayer,” he said. “We are trying to teach them the right things and that’s why it’s called The Total Package. You have to have the total package not only on the court, but off the court for life so you can be a productive citizen.“